You are at:Home»iPhone»Display»My iPad Won’t Rotate! Here’s The Real Fix.

You’re turning your iPad left, right, and upside-down, but the screen won’t rotate. Fortunately, there’s usually nothing wrong your iPad. In this article, I’ll explain what to do when your iPad won’t rotate so you know what to do if it happens again.

Why Won’t My iPad Rotate?

How Do I Turn Off Device Orientation Lock? 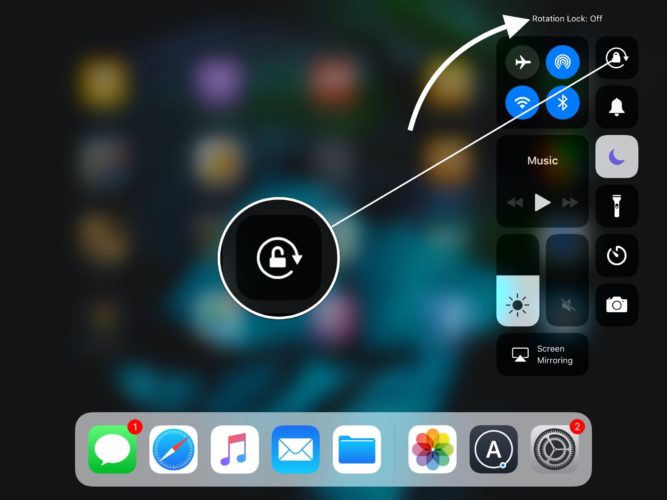 If You Have An Older iPad

Every iPad released before the iPad Air 2, iPad Mini 4, and iPad Pro has a switch on the right side, just above the volume buttons. This side switch can be set to mute sound or toggle device orientation lock. In other words, depending on how your iPad is set up, you can turn Device Orientation Lock on or off by flipping the switch on the side.

This can be especially confusing for iPad users because it’s easy to accidentally flip the side switch and lock your display into one position. To check whether your iPad’s side switch is set to mute sound or toggle Device Orientation Lock, go to Settings -> General, scroll down to the section titled USE SIDE SWITCH TO: and look for the check next to Lock Rotation or Mute.

Device Orientation Lock Is Off!

If you’re sure that Device Orientation Lock is off, you’re iPad probably isn’t rotating because an app you were using has crashed. When apps crash, sometimes the screen will freeze, making it impossible for you to rotate your iPad.

Double-click the Home button to open the app switcher. Then, close out of the trouble-causing app by swiping it up and off of the top of the screen. If the app continues to crash your iPad over and over again, you’ll probably have to find a replacement! 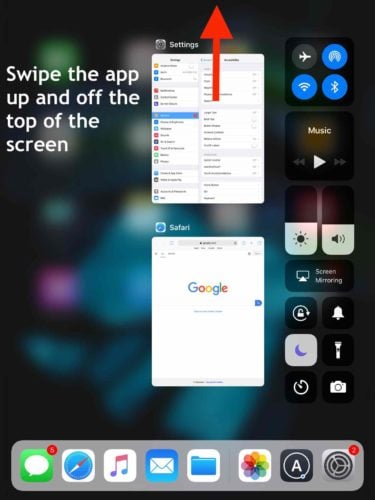 The next time you see a friend steering their iPad left and right because their iPad won’t rotate, give them a hand — you know what to do. Leave a comment down below if you have any other questions!

Thanks for reading,
David P.

I have an IPad Air 2 and my screen won’t rotate. I have checked to make sure that the rotate lock is off. Everything was great until the last update. It hasn’t rotated since. It could be a coincidence, but I am a System Engineer and am sceptical.

There are a few apps that just wont rotate while using. I have had mail do that. Have to minimize the app, then open it again, dont even have to close it. And the app hasnt crashed. Some Other apps have the same issue.

Yeah, this doesnt help…I know about the lock, but no amount of swiping brings up the control center!

THAN K YOU! Been trying for over an hour to rotate screen, and found your site. I am sane again!

I fell over your site a couple days ago and its the best Ive ever consulted on. The information you have usually solves my problemand if it doesnt, I found the iPhone defective. Thanks a million. Youre in my contacts now so I can jump right to your page.