You are here:Home»Apple Watch»Are Apple Watches Waterproof? Here’s The Truth!

You just picked up an Apple Watch, but you don’t if you should wear it when you’re around water. “Is it waterproof, or only water-resistant?” you wonder. In this article, I’m going to answer two big questions:

Apple Watches are not waterproof, but they are water-resistant. Furthermore, the Apple Watch Series 1 has a different water-resistance rating than the Series 2 and later models.

Water-Resistance Of The Apple Watch Series 1

Do I Need To Turn On Water Lock?

Note: If you start an Open Water Swim or Pool Swim workout in the Workout app, Water Lock is automatically turned on. 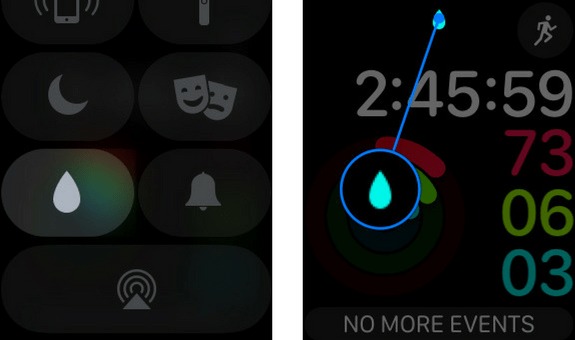 To get out of Water Lock, quickly turn the Digital Crown until the word Unlocked appears on the watch face. When you unlock your Apple Watch from Water Lock, it plays a beeping sound which expels any water still stuck in its speaker. 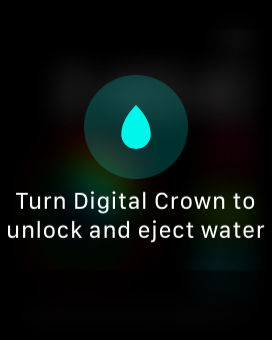 Can I Wear My Apple Watch In The Shower?

We don’t recommend wearing your Apple Watch in the shower. While Apple Watches are water-resistant, they aren’t designed to resist soap, shampoos, or other shower items. Soaps specifically can wear down water seals and acoustic membranes, potentially damaging your Apple Watch even more than water would.

What Not To Do With Your Apple Watch

None of the Apple Watch bands you can buy directly from Apple are waterproof, but many are water-resistant. However, Apple explicitly states that the Milanese, Link Bracelet, Leather Loop, Modern Buckle, and Classic Buckle bands are not water-resistant.

If you’re thinking about buying a waterproof band, look for the band’s IP score or other water-resistance rating. If the band has an IP score of IP68 or IPX8, that means it has the highest level of water-resistance, making it almost completely waterproof.

Does AppleCare Cover Water Damage To My Apple Watch?

AppleCare does not directly refer to covering water damage, but it does cover your Apple Watch for two incidents of accidental damage, both of which are subject to a service fee.

It’s important for you to know that water damage is not covered in AppleCare plans for iPhones, so don’t be surprised if you get quoted a large service fee from Apple.

We can’t guarantee your repair will be covered, but it doesn’t hurt to bring your Apple Watch into your local Apple Store and have them take a look at it. Before you go, we recommend booking an appointment to make sure someone will be available to help you.

Time To Swim Some Laps

Now that you know more about your Apple Watch, you can confidently take it to the beach or swimming pool. And when someone asks you, “Are Apple Watches waterproof?” you’ll know exactly what to tell them! If you have any other Apple Watch questions, leave them below in the comments section.

I have a supcase watch case. it is a water resistant band, but does it cause the water to pool against the watch? Is it safe to wear a watch band/case with the apple watch if using in the water?

If you’re worried about it, you could probably just remove the case when you are done to let both the watch and the case dry.

I’d have to remove the watch from the case, and I don’t want to do that daily. I’m asking if the case would trap the water between the case & the watch & cause any damage?

Every case is different, so it’s hard to say for sure. If the case is water resistant as you said, I don’t think there’s anything to worry about ?

I use COUNTU Goal as my swimming tracker. Easy to use. And the most useful function is vibrate alarm function, which vibrate your finger to alarm that you already achieve your workout. Recommended.

I have the Nike series Apple Watch. What makes the band water resistant rather than water proof?