It’s true: There is a major design flaw with the new Apple AirTags. We stumbled across the problem while recording a video about how to replace an AirTag battery for our YouTube channel.

We purchased a four-pack of Duracell CR2032 batteries in preparation for the video. The batteries we purchased have a bitter coating to deter children from putting them in their mouths. The reasons for this are sound: many children have died from ingesting these button-style batteries.

How To Replace An AirTag Battery 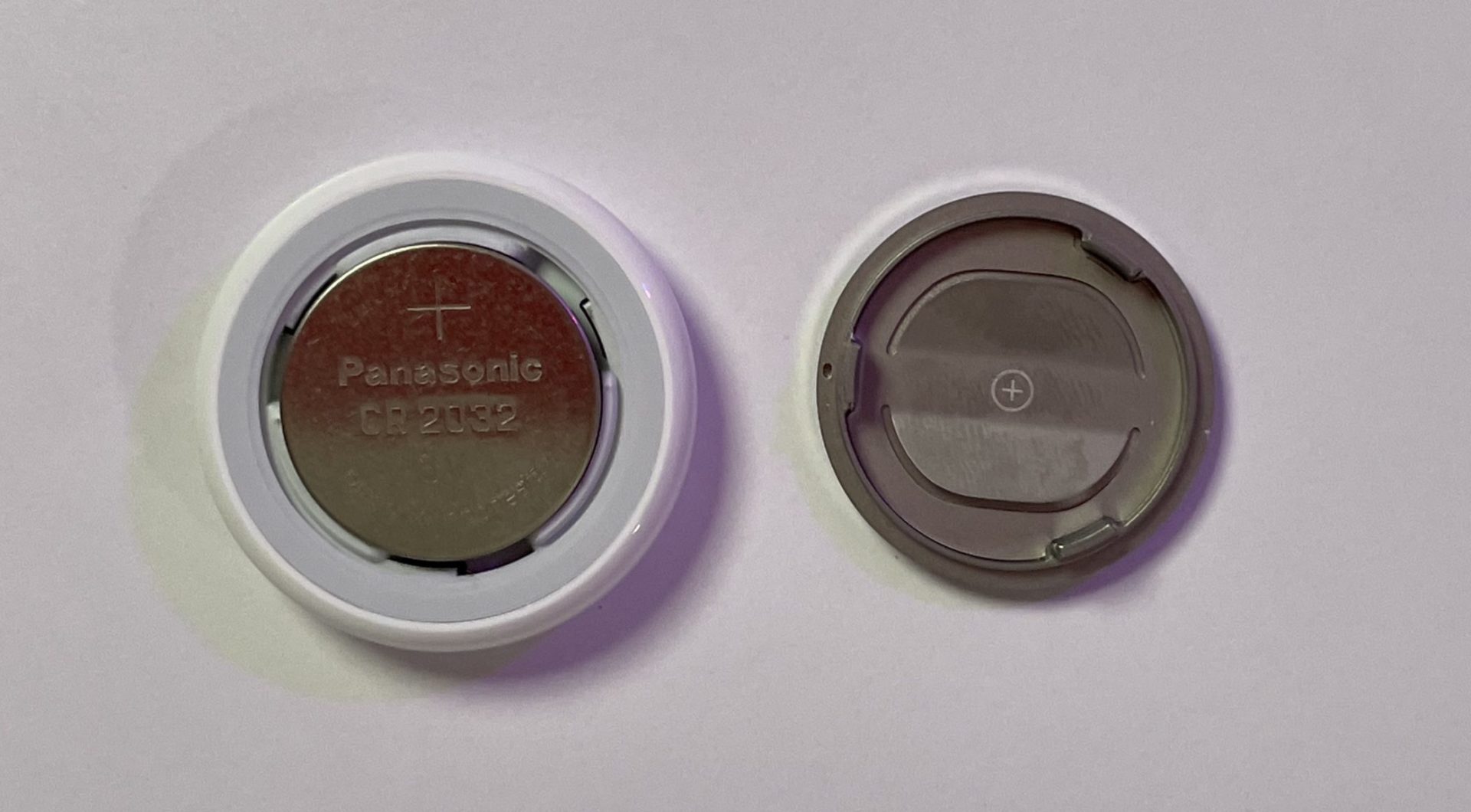 We knew something was wrong when the first AirTag we tried didn’t make a noise when we put in the Duracell battery. We were, however, able to make it play the sound by holding the battery at a 45 degree angle and pressing it into the small battery contact inside the AirTag. As soon as we put its metal cover back on, the AirTag stopped working.

The Problem With Apple’s Cutesy Design

This is a serious design flaw with the AirTags, and it’s the result of two major errors by Apple’s engineering team: 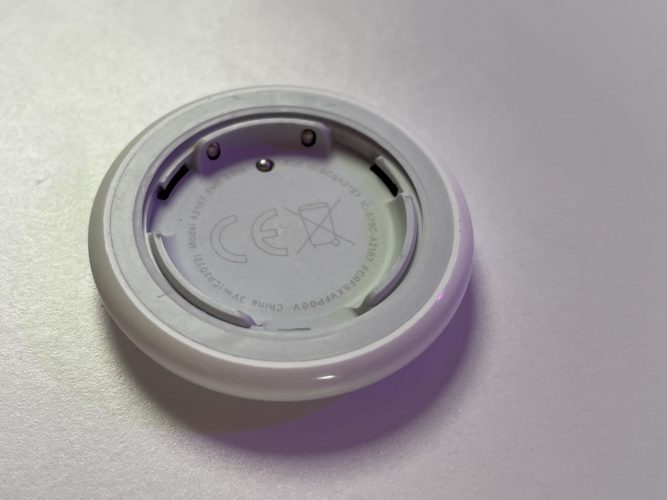 Unfortunately, in this case, Apple’s usual focus on beautiful design comes at the expense of the AirTags’ functionality. We’re not sure how Apple’s engineering team could have disregarded such a basic design principle as placing a battery contact in the center of the battery to maximize its chance of maintaining a solid connection.

AirTags have excellent battery life. According to Apple, “AirTag is designed to keep going more than a year on a standard battery you can easily replace.” Apple calculated this battery life based on one daily Precision Finding Event and four Play Sound events. Most people won’t be cracking open their AirTags for awhile. Even when they do, it’ll only be for a moment.

Duracell batteries have a bitter coating to help prevent children from putting them in their mouths and swallowing them. Unfortunately, in 2010, 3,400 children swallowed a button battery like the CR2032. From 2008–2014, eleven children died after ingesting a button battery. Many more suffered permanent injuries.

Duracell saw this devastating nationwide trend and took steps to address it. They built in safeguards and created batteries that are safer for children. We had a tough time even opening the package. 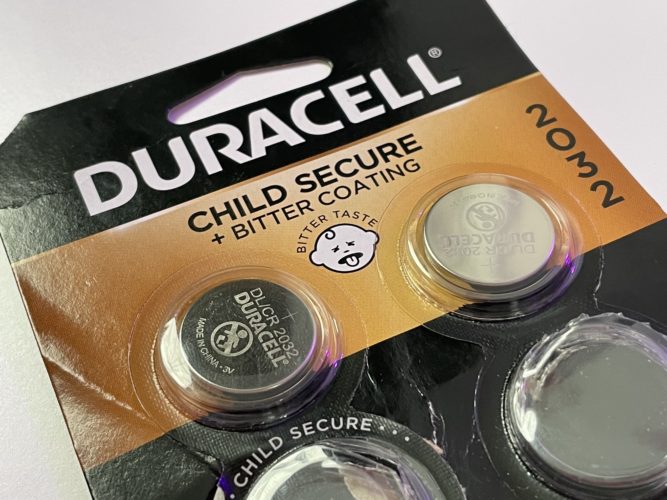 If you purchase a CR2032 with some sort of coating, the battery may work with your AirTag if you scrape the protective coating off with a sharp knife or box cutter. We do not recommend doing this.

There are a lot of obvious ways for this to go wrong, so don’t try this at home! Puncturing a battery can lead to fires, poisoning, or worse. 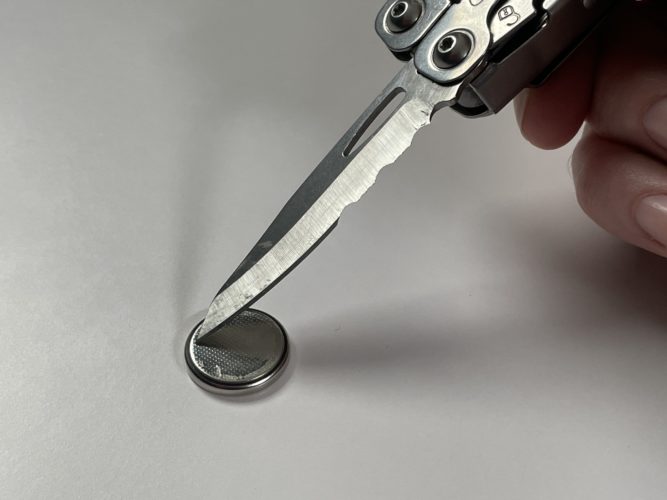 The coating on Duracell’s CR2032 batteries is about 1/16th of an inch. Removing this coating with a knife allowed the battery to make a clean connection with the connector in the AirTag.

And this is where Apple’s “cutesy” design really falls flat: They put the negative battery contact inside of the AirTag just about 1/16th of an inch in from the very edge of the battery. They should have put it in the middle of the battery — even 1/4 of an inch would probably have been enough. The AirTags would look just as good, and there wouldn’t be a hoard of unhappy customers for Apple Stores to deal with next year.

As a former Apple Store employee, I can empathize with the Apple techs that will have to address this problem on the ground floor.

We absolutely cannot fault Duracell for this issue in any way. Not only are their batteries designed to save children’s lives — they left over a half an inch of area available in the center of the battery for engineers to connect to. I don’t think Duracell could have (or should have) anticipated a company would disregard engineering best practices and design a product with a battery terminal located at the battery’s edge instead of its center. 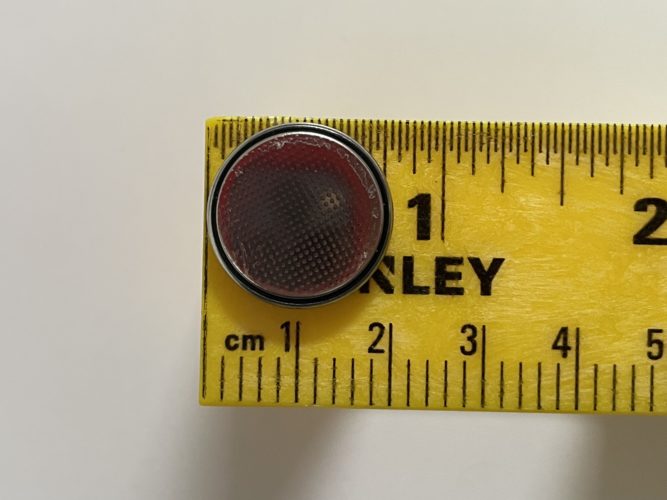 What Can Apple Do?

The next generation of AirTags will almost certainly have a different design that accommodates CR2032 batteries with a “child secure” coating. Duracell began adding the bitter coating to their button batteries in 2020, and I expect other battery manufacturers to follow suit to help reduce ingestion by children.

Apple could also face another class action lawsuit. $113 million was paid out to consumers who had their iPhones slowed down.

Apple Has Left A Bitter Taste In Our Mouths

Ultimately, It shouldn’t be incumbent on people, particularly parents, to purchase batteries less safe for children. People should be encouraged, not discouraged, to purchase CR2032 batteries with bitter coating.

We hope Apple will make this right by offering free AirTags battery replacements and changing the AirTag design to accommodate CR2032 batteries that are safer for children.

What do you think Apple should do about this AirTags design flaw? Leave a comment down below and share your thoughts!

Previous ArticleShould I Allow Apps To Request To Track On My iPhone? Here’s The Truth!
Next Article Apple Pencil Not Charging? Here’s The Fix!

Thank you for the excellent info!

Thanks for the information David! We’re very curious to see if any other battery manufacturers adopt similar measures on their CR2032s as well.