You are here:Home»iPhone»Calling»How Do I Block A Number On An iPhone? The Fix!

You want to stop receiving calls and texts from a specific number, but you’re not sure how. Whether it’s a relentless telemarketer or a friend you recently had a falling out with, blocking numbers is an important skill for any iPhone user. In this article, I’ll show you how to block a number on your iPhone!

If the number you want to block has been calling you, open the Phone app and go to the Recents tab. Then, tap the blue i

and scroll down to Block this Caller.

After you tap Block this Caller, a confirmation alert will appear on the display. Tap Block Contact to block the number on your iPhone. 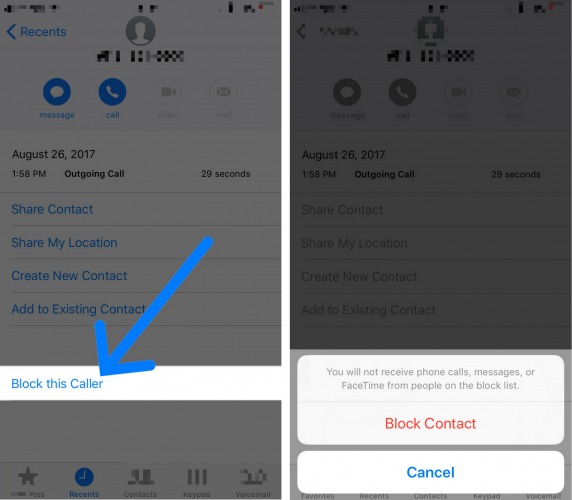 If the number you want to block on your iPhone has been messaging you, open the Messages app and tap on the conversation with them. Then, tap the blue i

in the upper right-hand corner of the display. Next, tap on their number at the top of the Details menu that opens after you tap the blue i. 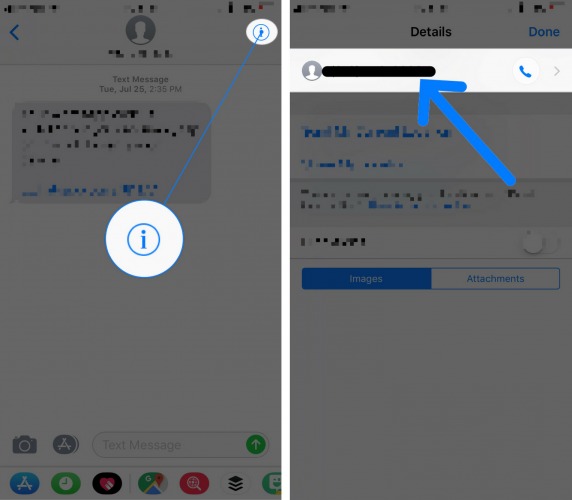 Finally, tap Block this Caller and tap Block Contact when the confirmation alert appears on the display. 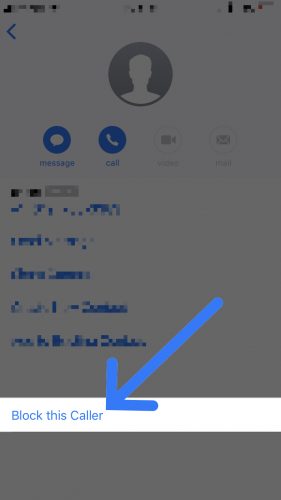 How To Block A Number That’s Saved As A Contact

If you want to block a number that’s saved as a contact, open the Settings app and tap Phone -> Call Blocking & Identification -> Block Contact. Then, tap on the contact you want to block. After you do, their number will show up under the list of blocked contacts! 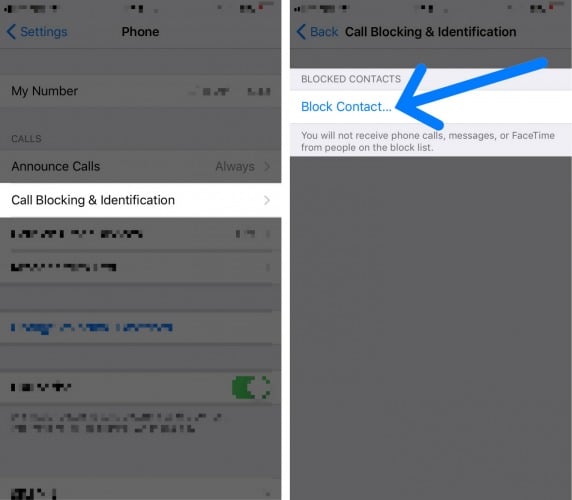 How To Unblock A Number On Your iPhone

To unblock a number on your iPhone, open the Settings app and tap Phone -> Call Blocking & Identification. Next, swipe right-to-left on the number that you want to take off your blocked callers list. Finally, tap the red Unblock button that appears to unblock the number. 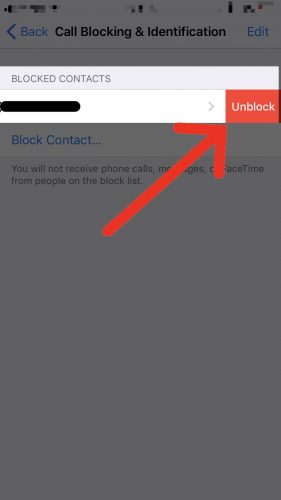 What Happens When I Block A Number On An iPhone?

You’ve successfully blocked a number on your iPhone and that person won’t be bothering you anymore. We hope you’ll share this article on social media so you can teach your friends and family how block a number on an iPhone. Feel free to leave a comment below if you have other questions about your iPhone!

Previous ArticleHow Do I Record A Voice On An iPhone? Here’s The Solution!
Next Article My iPhone Charges Slowly! Here’s Why And The Fix.

I forgot my appli id password how i recover

If you have forgotten your Apple ID password, this page from Apple should be able to help.

Thanks!! What does that person see when he/she does try to contact me? Does he see a notification? Thanks, David. P. S. I’m a “Lynch” too 😉

If you block a number on your iPhone it’s most likely that the blocked person won’t see anything when they try to contact you. It will appear as if their message went through, but you won’t receive it.

Reply
How To Block Robocalls On Your Phone: The Quick Guide! | UpPhone

[…] You can also block a number from the Messages app or your contacts. For a full guide with pictures, check out our other article on how to block a number. […]

Call goes right to voicemail but can receive text messages