You are here:Home»iPhone»Sounds»iPad Speaker Not Working? Here’s The Real Fix!

Your iPad speakers stopped working and you’re not sure why. You’re trying to listen to music or watch your favorite TV show, but no noise is coming through the speaker. In this article, I’ll explain why your iPad speaker is not working and show you how to fix the problem for good!

Turn The Volume All The Way Up

Before we go any further, make sure that the volume on your iPad is all the way up. You or someone else may have just accidentally muted your iPad!

On the side of your iPad, you’ll see two long, thin volume buttons. You can use them to turn the volume up or down on your iPad. Press and hold the volume up button (the upper one). When you do, a volume pop-up should appear on the screen indicating that the volume has been turned up all the way. 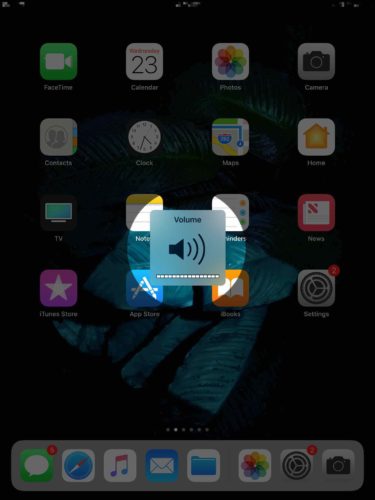 If you want to turn up the Ringer volume as well, go to Settings -> Sounds and turn on the switch next to Change with Buttons.

Is The Sound Playing Somewhere Else?

This may sound silly at first, but it’s a very important step. How could the sound possibly be playing somewhere else!?

To check where sound is playing from, open Control Center on your iPad by swiping down from the upper right-hand corner of the screen.. Then, press and hold down (force touch) the audio interface box. 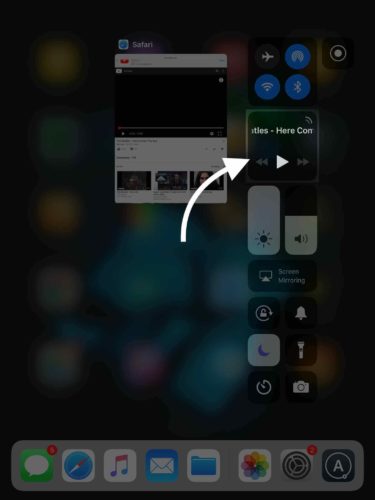 Next, tap on the AirPlay audio icon — it looks like a triangle with three half circles above it.

If it says “Headphones” or the name of one of your Bluetooth devices, then the audio is actually playing somewhere else. Disconnect from that other device, then try to play audio from your iPad’s speaker again. 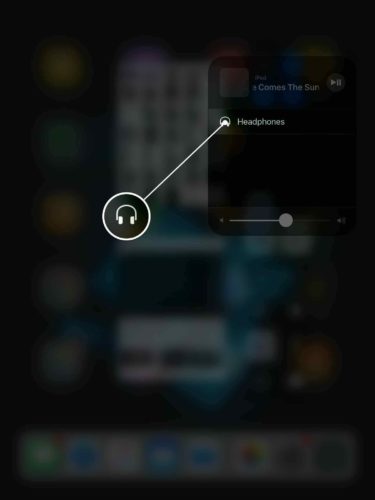 If it says “iPad” instead of “Headphones” or the name of one of your Bluetooth devices, then audio isn’t playing from somewhere else. Don’t worry, there are still a few more steps we can work through!

Make Sure Your iPad Isn’t Stuck In Headphones Mode

It’s also possible that your iPad is stuck in headphones mode, so audio isn’t being played through the speakers.

“But I don’t have headphones plugged into my iPad!” you exclaim.

That’s true — the problem is that your iPad thinks headphones are plugged in. This occasionally happens when lint, dirt, liquid, or other debris gets stuck inside the headphone jack. 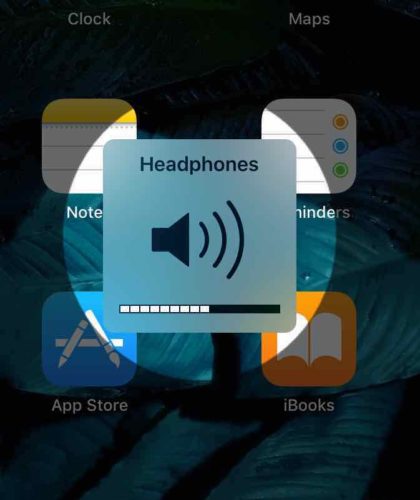 Put Your iPad In DFU Mode

Our final software troubleshooting step is to put your iPad into DFU mode and restore. DFU stands for device firmware update. Firmware is the part of your iPad’s code that controls the hardware. When a physical component of your iPad isn’t working properly, a DFU restore will fix the problem if it’s software-related.

Watch our YouTube video to learn how to put an iPad into DFU mode. While you’re there, don’t forget to subscribe to our channel! We regularly upload videos that’ll help you get the most out of your iPhone and iPad.

If your iPad speakers still aren’t working after the DFU restore, you’ll probably have to get them repaired. Take your iPad into the nearest Apple Store and have someone at the Genius Bar take a look at it. Just make sure to schedule an appointment first!

You’ve fixed the iPad speaker problem and audio is playing once again! Make sure you share this article on social media so your friends and family know what to do when their iPad speaker is not working. Leave any other questions you may have below in the comments section.

Please help I don’t know how to get water out of my iPad.

Check out our article on how to fix iPhone water damage. The steps will be the same for iPad!

this was a great article. My iPad was stuck in headphones mode and the way I cleaned the liquid out(I spilt Coca Cola on it) was I took some thread and shoved it in the Jack with a small needle.

One note – before trying anything, power down your iPad completely, leave it for a few seconds, then power it up again. It is amazing how a proper reboot can sort things! If that doesn’t work, try the above.

Thank you so much CC Hogan for your simple advice! It worked! What a relief!! Sometimes we jump at drastic measures, which is where I was headed. Thanks!

This helped so much! Thanks!

I have a new “fix” for this one, and it’s probably a more likely scenario for tech-savvy users than the more obvious stuff like making sure the phone volume is not muted, or that there isn’t lint in the headphone jack. I charged my old iPad with the NEWER cable (the one that came with my iPhone XS… that phone uses the charging port as the headphone jack). It charged okay, but once I did that, the speaker on the iPad would not work and I could only get audio via the headphones (and when I tried to increase/decrease the… Read more »

How do I get audio interface icons from control center to find out if the sound goes to headphone instead of speakers? Thank you.(ipad mini 3)

Hi David, My ipad mini 3 has no audio interface icons so I could not check if the sound goes to headphone instead of speakers, Please help. Thank you.

How do I disconnect the airplay headphone thing