You are here:Home»iPhone»Wireless»Why The iPhone 12 Has A Black Oval Indentation On The Side

What’s the mysterious, black, oval-shaped indentation below the power button on iPhone 12 and iPhone 12 Pro? It’s a window — not to the iPhone’s soul, but to its 5G mmWave antenna. 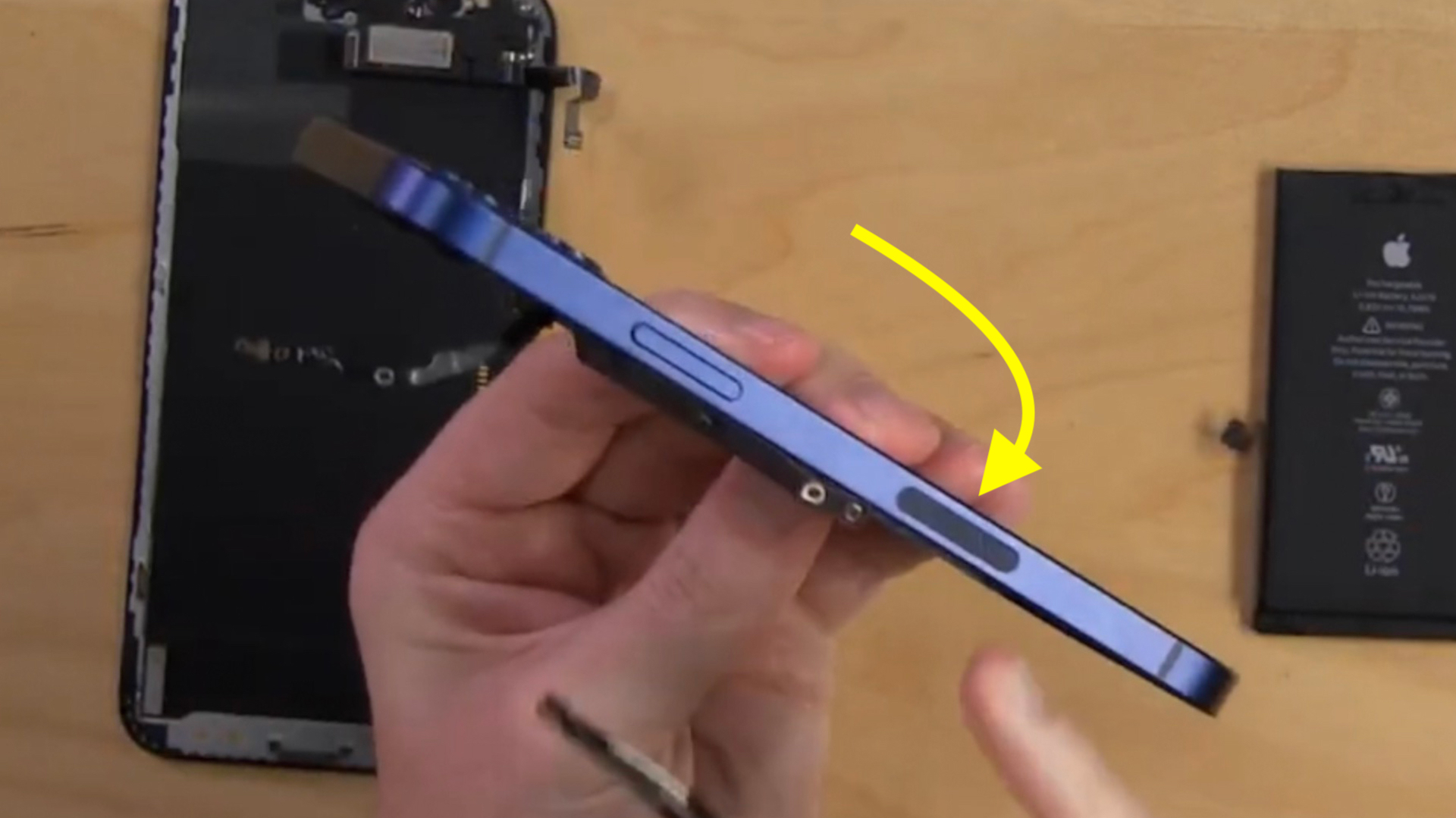 To Understand Why It’s There, You Need To Know The Truth About 5G

Other people wanted their cell phone signal to travel over long distances. When T-Mobile says that 5G is the answer, they’re also telling the truth.

According to the “laws of physics”, however, it turns out that the crazy fast speeds you see in Verizon’s commercials can’t work over the crazy long distances you see in T-Mobile’s commercials. So how can both companies be telling the truth?

GoldiPhones And The Three Bands: High-Band, Mid-Band, and Low-Band

High-band 5G is super fast, but it doesn’t go through walls. (Seriously.) Low-band 5G works over long distances, but in a lot of places, it isn’t even as fast as 4G. Mid-band is a mix of the two, but we’re years away from seeing any carrier roll that out.

The difference between bands comes down to the frequencies at which they operate. High-band 5G, otherwise known as millimeter-wave 5G (or mmWave), operates at around 35 GHz, or 35 billion cycles per second. Low-band 5G operates at 600 MHz, or 600 million cycles per second. The lower the frequency, the slower the speeds — but the farther the signal travels.

5G, in truth, is a mesh of these three kinds of networks. The only way to achieve high speeds and great coverage was to combine a bunch of different technologies, and it’s a lot easier for companies to sell “5G” than try to explain the differences.

For a phone to fully support 5G, it has to support a lot of cellular network bands. Fortunately for Apple and other cell phone manufacturers, recent advancements by Qualcomm allow all types of high-band, super-fast mmWave 5G to work with a single antenna. That antenna is a bit wider than a penny, and so is the window on the side of your iPhone. Coincidence? I think not.

The reason for the gray oval-shaped hole in the side of your iPhone 12 or iPhone 12 Pro is that ultra-fast, mmWave 5G is easily blocked by hands, clothes, and especially metal phone cases. The oval hole underneath the power button is a window that allows 5G signals to pass through the case. 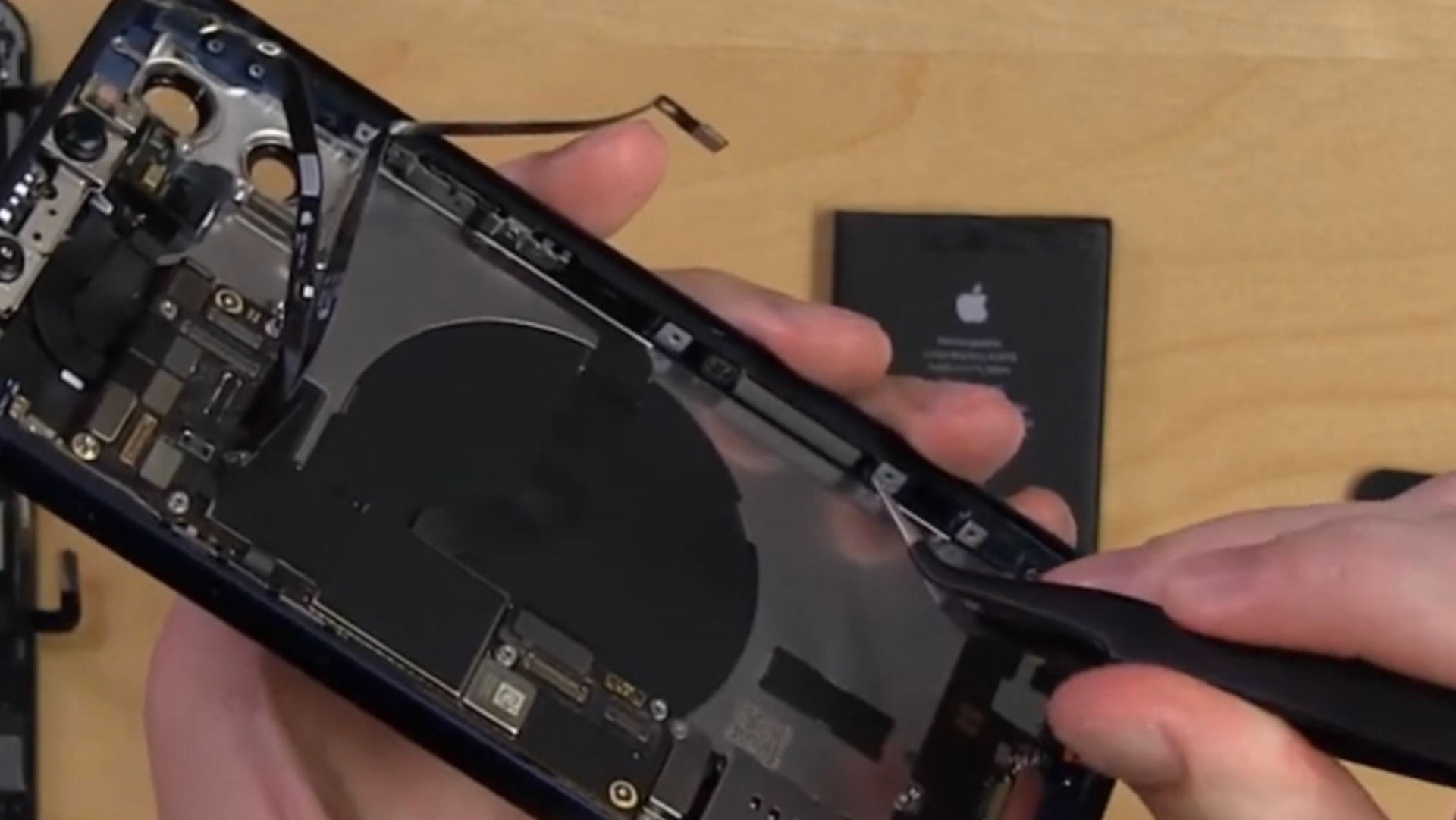 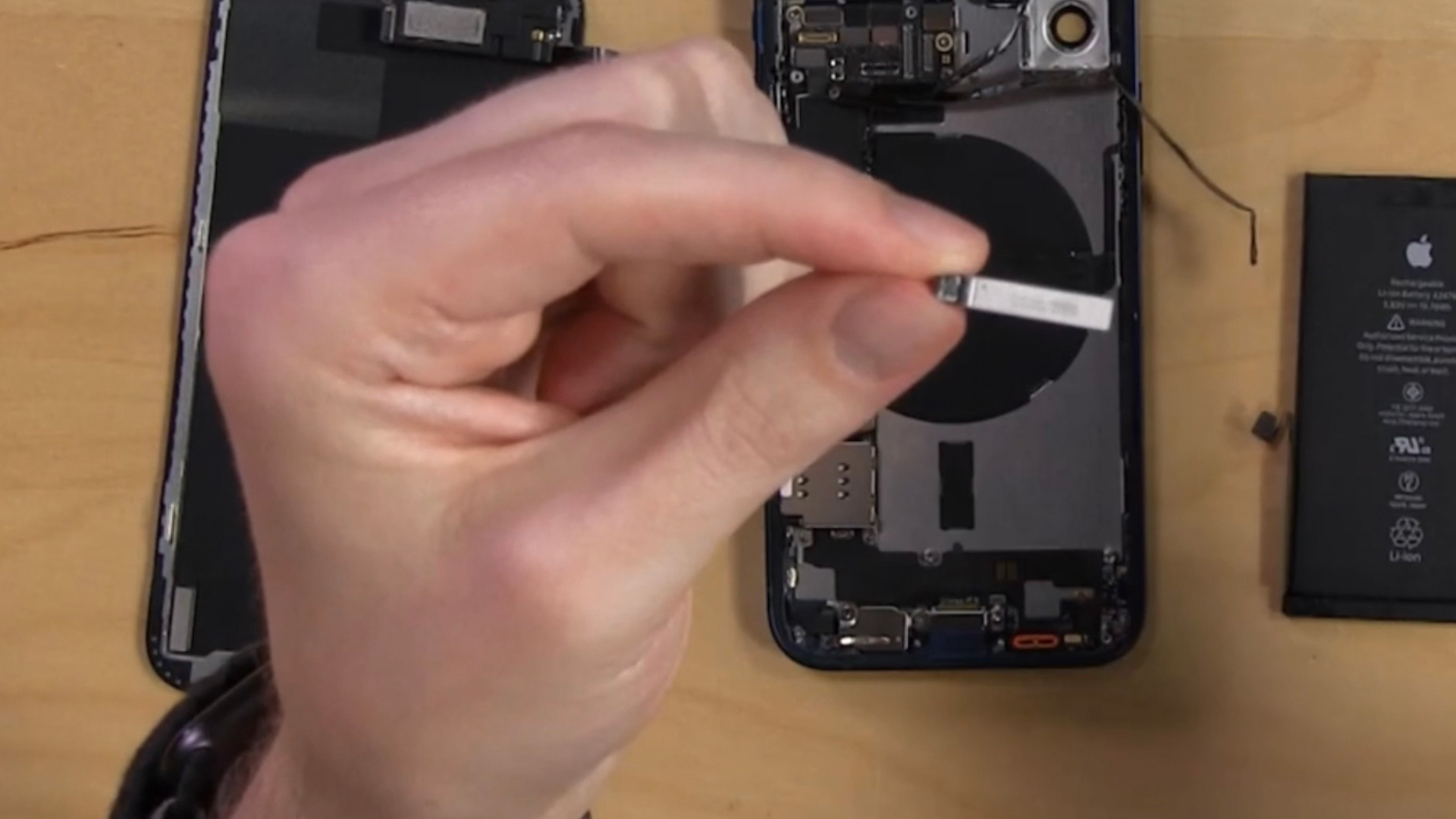 On the other side of the oval hole is a Qualcomm QTM052 5G antenna module.

Some phone manufacturers integrate several of these antennas into their phones, each connecting to a single Snapdragon X50 modem. Are more Qualcomm QTM052 antennas hiding elsewhere inside the iPhone 12? Perhaps.

Rest assured that the window to your iPhone’s 5G mmWave antenna is there for good reason. It’s a hole that increases the range of your iPhone’s 5G antenna. So maybe instead of losing your 5G signal 6 steps down the subway stairs, you’ll lose it 10 steps down. Thanks, Apple!

Previous ArticleHulu Not Working On iPad? Here’s The Fix!
Next Article Buy And Sell Used And Refurbished Phones With SellCell!

why in the philippine iphone 12 units we dont have this?

Because you are not in the United States. The 5G mmWave in Apple’s iPhone 12 line is currently for U.S. only at this time. This is what Apple announced during keynote. But will be available worldwide in due time.

My iphone 12 pro max (256Gb/GOLD) Doesnt have The oval shaped Thing Under the power button Why??

I believe because you are not in the United States. The 5G mmWave in Apple’s iPhone 12 line is currently for U.S. only at this time. This is what Apple announced during keynote. But will be available worldwide in due time.

So if I understand correctly, if have a plastic cover/case to protect my Iphone 12Pro, and that area is covered now, I may not receive 5G where available?

I’m also worried about the fact that many of us are right handed. I personally hold the phone and the fleshy part of my palm under my knuckles presses DIRECTLY against that area… does that negate our 5G signal?

Maybe to some minuscule extent

Also if you read above, that is probably not the only 5G antenna in the phone unit

Go to Settings>Accessibility>Display & Text Size>Scroll down to Auto-Brightness
You can turn it off or back on.

“iOS devices use an ambient light sensor to adjust brightness levels based on the light conditions around you. The sensor lowers brightness in dark locations and raises brightness in light locations. The auto-brightness feature is on by default.”