One of two things is happening when you tap to open an iPhone app: Nothing happens at all, or the app beings to load the opening screen, but immediately closes. Either way, you’re left staring at an iPhone full of apps that won’t open, and that’s no good. In this article, I’ll explain why your iPhone apps won’t open and how to fix the problem for good.

Why Won’t My iPhone Apps Open?

Your iPhone apps won’t open because your iPhone has a software problem. When an app crashes, it usually doesn’t take the whole iPhone with it. Instead, you end up back on the Home screen, and the app terminates in the background. Most of the time, that’s enough to fix a software bug – but not always.

How To Fix iPhone Apps That Won’t Open

I’ll walk you step-by-step through the process of troubleshooting an app that won’t open. We’ll start simple and work our way toward the more involved fixes, if and when they become necessary. You can do this. Let’s get started!

1. Turn Your iPhone Off And Back On

It’s simple, but turning your iPhone off and back on can resolve hidden software issues that may be preventing your apps from opening correctly. When you turn off your iPhone, the operating system shuts down all the little background programs that help your iPhone to run. When you turn it back on, they all start fresh, and sometimes that’s enough to fix a software glitch that had been preventing your apps from opening.

2. Check For Updates In The App Store

One of the main reasons app developers release updates is to fix software bugs that can cause problems like this one. Instead of combing through the list to find the problem app, I believe your best bet is simply to update all your apps at once.

To update your apps, open the App Store and tap on the Account icon in the upper right-hand corner of the screen. Scroll down to the Updates section and tap Update All to update every app simultaneously. 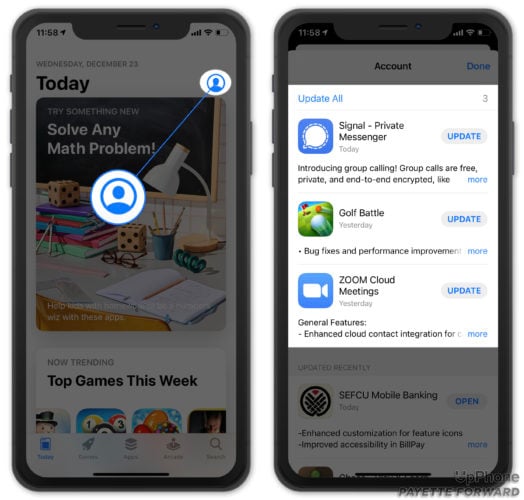 3. Delete The App And Reinstall It

The idea that you should delete the app from your iPhone and redownload it from the App Store is the first thing most technicians will instruct you to do. It’s the “unplug it and plug it back in” school of thought, and a lot of the time it works.

I think it’s a good place to start too, but I don’t want to get your hopes up. Ask yourself, “Are all of my apps not opening, or is it a problem with just one app?”

4. Is The App Ancient? When Was The Last Time It Was Updated?

There are over 1.5 million apps in the App Store, and not all of them are kept up-to-date. The software code that runs iPhone apps changes every time Apple releases a new version of iOS. Usually the changes aren’t too drastic, but if an app hasn’t been updated in years, there’s a good chance it’s incompatible with your version of iOS.

To find out when an app was last updated, open the App Store on your iPhone. Search for the app and tap Version History to see when the app’s update history. 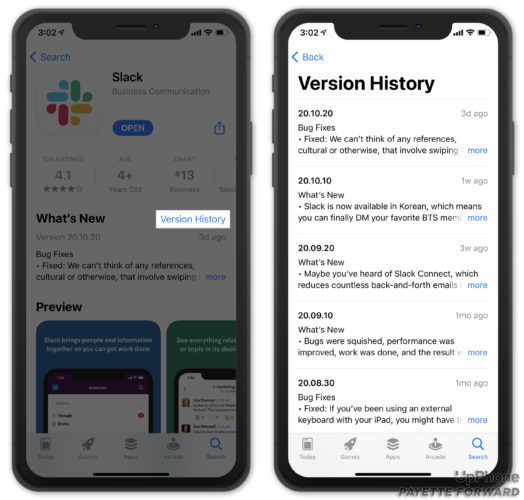 Unfortunately, if an app is too old to run on a newer version of iOS, there’s nothing you can do to make it work. Your best bet is to contact the app developer and ask if they’re planning to release an updated version. If I were in their position, I’d be grateful someone let me know about the problem.

You’ll find this reset by going to Settings -> General -> Transfer Or Reset iPhone -> Reset -> Reset All Settings, and it’s not something I recommend doing unless it’s absolutely necessary. Reset All Settings doesn’t erase any of your personal data from your iPhone, but like the name suggests, it does reset all of your settings back to factory defaults. If you’ve taken the time to optimize your settings to get better battery life, for example, you’ll have to do it all over again. 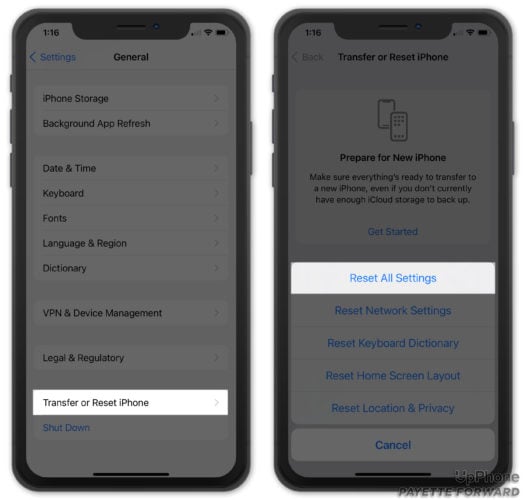 I don’t believe there’s a magic bullet for iPhone problems, but if I had to choose, Reset All Settings is about as close it gets. It’s worth a shot — I’ve seen Reset All Settings fix strange software problems before, and it’s not as time-consuming as the next step in the process, which is to back up and restore your iPhone.

6. Back Up Your iPhone, And Restore

If you’ve tried resetting the settings on your iPhone, uninstalled and reinstalled the app, and you’re convinced the app isn’t too old to run on your version if iOS, it’s time to break out the big guns. We’re going to back up your iPhone to iCloud, or Finder, iTunes, restore your iPhone using iTunes or Finder, and then restore your personal data from your backup.

Before you back up your iPhone, I recommend that you uninstall the problem app from your iPhone, if it’s only one app that won’t open. If it’s more than one app, don’t worry about uninstalling all of them — just back it up and walk through the process.

The ideal way to do this is to back up your iPhone to iCloud (if you’re out of space, my article about why you should never pay for iCloud storage will help you free some up), DFU restore your iPhone using iTunes or Finder, and restore from your iCloud backup.

Use iCloud To Back Up Your iPhone, If You Can

I strongly recommend using iCloud to back up and restore your iPhone when your apps won’t open.

When you back up your iPhone to iTunes or Finder, it makes an image of all your apps and data. When you restore from the backup, the whole image gets put back on your iPhone, and there’s a chance the problem will come right back.

Apps Are Opening Again: Wrapping It Up

When an iPhone app won’t open, it’s a problem that can take 30 seconds, 30 minutes, or longer to solve. For your sake, I hope the fix was simple. I’d like to hear from you about your experience with apps that won’t open, and about how far you had to go to fix your iPhone.

Thanks for reading, and remember to pay it forward,
David P.

I have an iphone 13 and my kohls app won’t open. I have tried turning phone off and on, also delete app and reinstall, still won’t open

My iPhone 6 will turn on Battery full sounds during working calls. The incoming ring tone and unlock work, but there are no apps. The screen is blank. The iPhone backup was done and up to date. The phone will lock and unlock the notifications display on the home screen, but it will not open.

My iPhone 12 Mini is updated to the latest iOS 15 and I wanted to try your methods but not only do none of my apps respond, but I can’t shut it off at all. Siri can’t do anything at all but tell me something must be wrong and to try again in a few moments. It’s a 4 month old phone, please can someone help me without having to send it in for costly repair?

My son’s phone is having the same problem. Is there a way to resolve this? He cannot open any of the apps. Not even Settings. He also cannot turn the phone off or make a call. It seems to be completely disabled. Help!

I have an iPhone 8. I can turn my phone on with the power button but I cant turn it off with it. When I try to click on apps they wont open. So I can’t power my phone off.

Hi and thanks. My iPhone 11 suddenly quit opening apps over cellular. I have followed all the steps to correct, including a hard reset. I restored from an iCloud back up. My carrier account is still active and all the right buttons are selected or toggled off. Any further suggestion you can give?