You are here:Home»Mac»Which Mac Should I Buy? Comparing The New Macs.

The third Apple Event of 2020 just finished streaming, and it was all about Mac! Apple announced three new Mac computer models, as well as the first system on a chip (SOC) produced directly by Apple. With all of these exciting developments, it can be difficult to know exactly which new Mac is right for you. Today, I’ll help you answer the question: “Which Mac should I buy?”

M1: The Power Behind The New Generation

Possibly the most significant development included in each of the new Macs is the M1 chip, the first computer processing chip of the new Apple Silicon line. Featuring the fastest graphic capabilities in a SOC in the world, as well as as 8-core CPU, the 5 nanometer M1 chip is one of the most powerful entities in computing of all time. 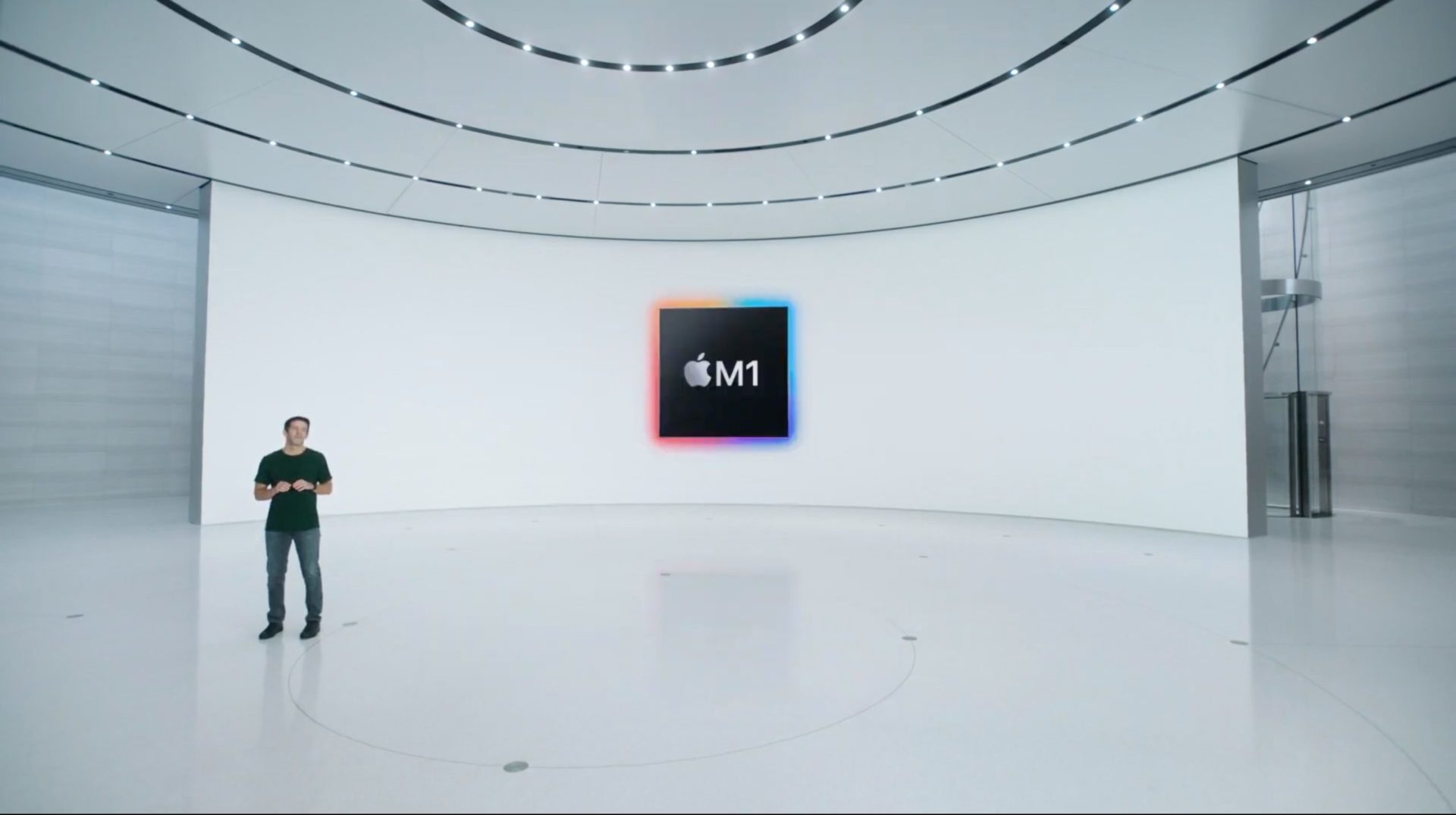 Apple claims the M1 can run at twice the performance speed as a top-of-the-line PC chip, while only using a quarter of the power in the process. This chip is finely tailored to maximize the efficiency of MacOS Big Sur, the software update coming to Macs on Thursday. If all of this technological innovation excites you, you’ll be happy to know that the new MacBook Air, MacBook Pro, and Mac Mini are all equipped with M1!

The first computer Apple announced at today’s Launch Event was the new MacBook Air. Starting at just $999, or $899 for students, the 13″ MacBook Air features the same lightweight Wedge casing as previous iterations, but houses more power than ever before. 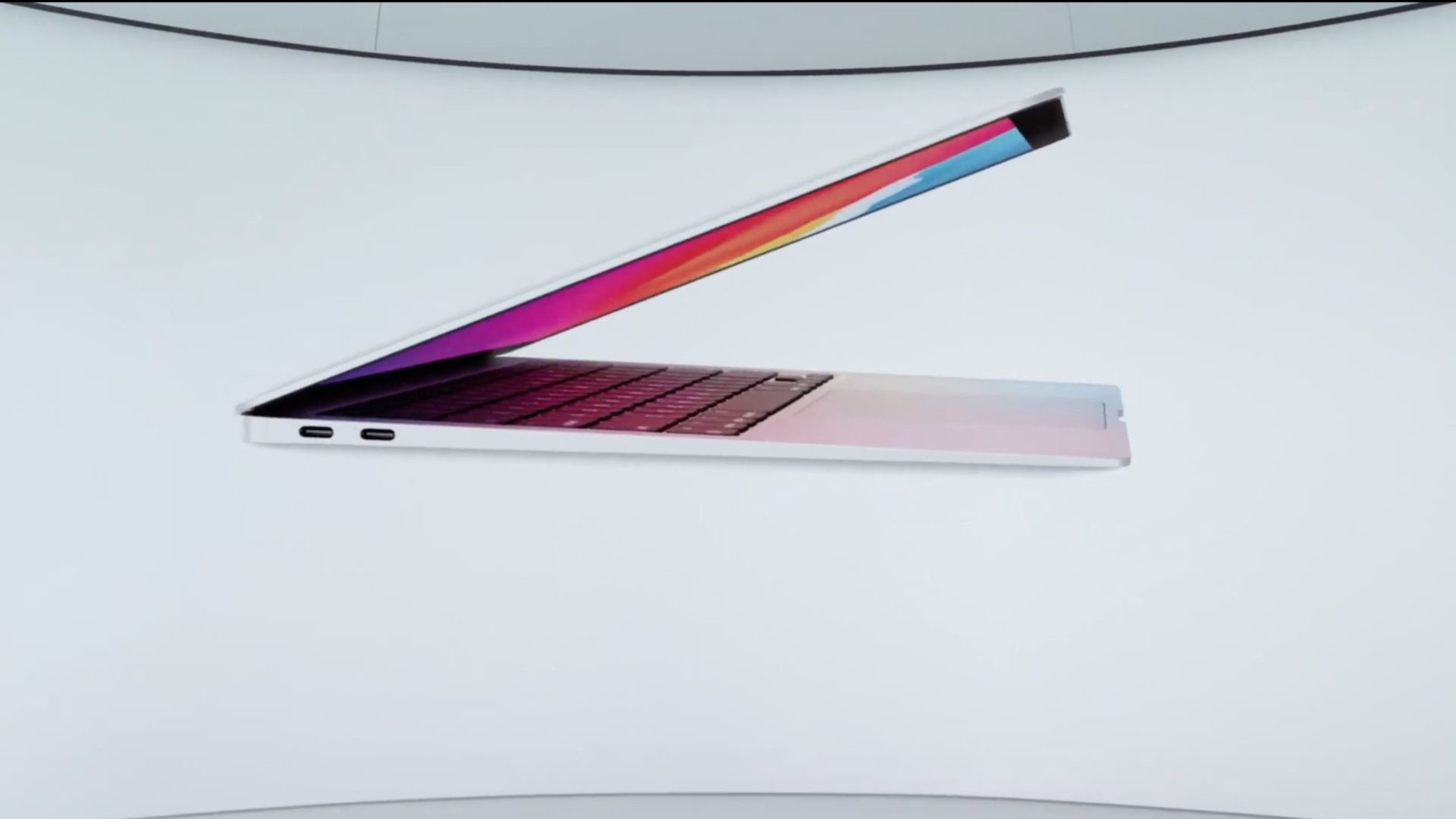 The MacBook Air reportedly runs at three times the speed of competing Windows laptops, and comes with improved storage and radically increased battery life for surfing and video streaming. Thanks to the power of the M1 and the P3 Wide Color Retina Display, users can edit photos, videos, and animations with unprecedented speed.

One of the most interesting choices Apple made with the new MacBook Air is that they completely removed the fan, simultaneously lowering the laptop’s weight and allowing it to function almost completely silent.

With Touch ID and an improved ISP camera, the MacBook Air is great for casual users and professionals alike.

MacBooks weren’t the only products to receive some attention at today’s Launch Event stream. The second new device Apple highlighted today was the updated Mac Mini. For desktop users everywhere, you won’t want to sleep on this one!

The Mac Mini houses the same M1 chip as the MacBook Air, and reaps just as many benefits from its processing innovation. The new generation of Mac Mini’s CPU speed is three times faster than the previous model, and it processes graphics at six times the speed. Cumulatively, the Mac Mini runs at five times the speed of a competitive PC desktop, and has a footprint 10% the size. 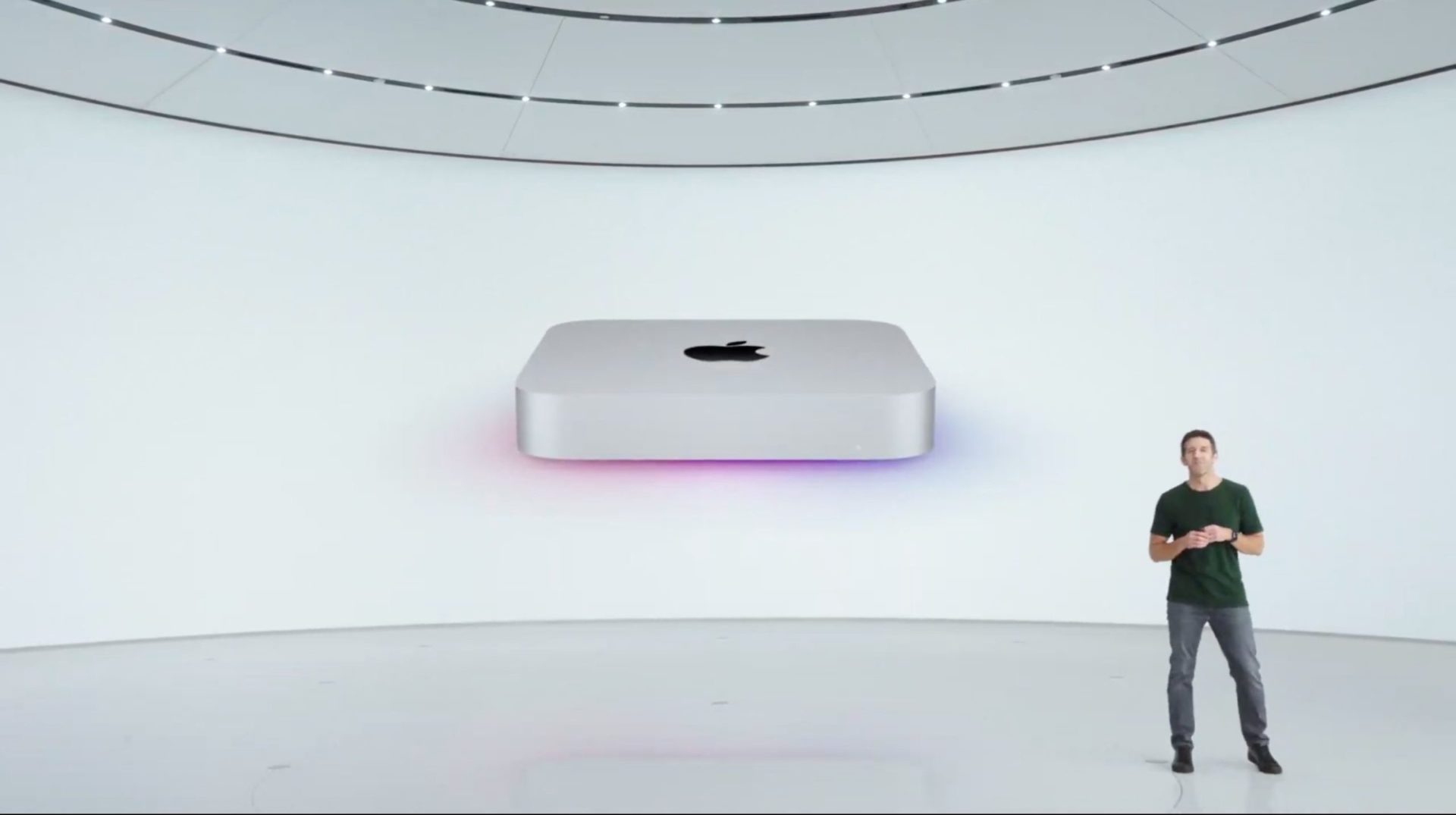 If you’re interested in Machine Learning, this computer’s Neural Engine has seen an exponential improvement as well, which is well-complemented by the quiet and efficient cooling apparatus. Mac Mini starts at just $699.

Of course, a desktop isn’t much use to the average person without the ability to connect to external monitors and other accessories. Luckily, the Mac Mini features a wide array of inputs in the back of its casing, including two USB-C ports compatible with thunderbolt and USB4. This feature invites connectivity to tons of high resolution displays, including Apple’s own 6K Pro XDR monitor.

For years, tech fans all over have celebrated the MacBook Pro as the ultimate laptop in its price range. In response, Apple has taken extra steps to ensure that this computer maintains its reputation and stays at the top of the portable computer game. Enter the 2020 13″ MacBook Pro with the M1.

The MacBook Pro has a CPU 2.8 times faster than its predecessor and a Neural Engine capable of eleven times its Machine Learning abilities. This computer is capable of instant 8K video playback without dropping a frame, and runs at triple the speed of the best selling PC alternative. 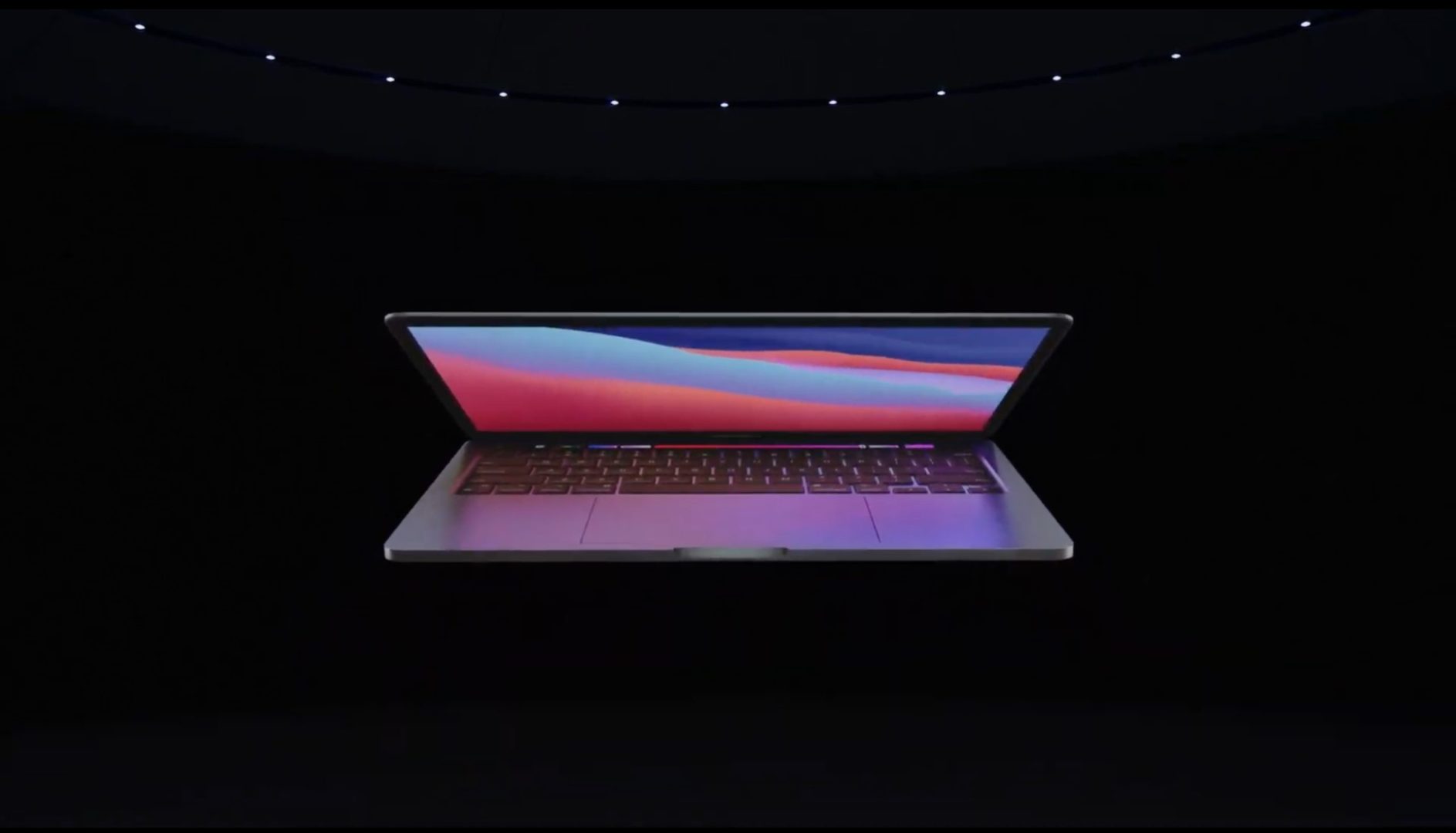 Another remarkable aspect of the new MacBook Pro is its battery life, which can withstand up to 17 hours of wireless browsing and 20 hours of video playback. In terms of hardware, this MacBook pro has two thunderbolt ports, an ISP camera with deeper contrast and clearer resolution than ever before, and microphones that would hold up in a professional sound recording studio.

Starting at $1399, with a $200 discount for students, the 13″ MacBook Pro weighs 3 lb and has an active and efficient cooling system. Its casing, as well as the casing of the MacBook Air and Mac Mini, is comprised of 100% recycled aluminum.

When Can I Buy My New Mac?

For anyone eager to get their hands on their new computer, you won’t have to wait long. You can preorder all three of these devices today, and each will be available to the public as early as next week!

If you’d like to try out MacOS Big Sur before making the investment in a completely new computer, the new software update will be available on Thursday, November 12.

We hope this article helped you decide which Mac is best for you. Each of these computers mark the start of a whole new era for Mac products, and what you can accomplish with any of these devices is completely up to you!

Which new Mac are you most excited for? Let us know in the comments below!