You are here:Home»iPhone»Cellular»How Do I Block Calls From “Scam Likely”? Here’s The Real Solution!

You keep receiving phone calls from a mysterious “Scam Likely” and you want to block them. The new scam ID feature has created quite a buzz among mobile phone users, who are excited about the thought of never having to receive another phone call with nefarious intent. In this article, I’ll show you how to block calls from “Scam Likely” on iPhone and Android smartphones, so you won’t have to deal with phone scams ever again.

Who Is “Scam Likely” And Why Are They Calling Me? 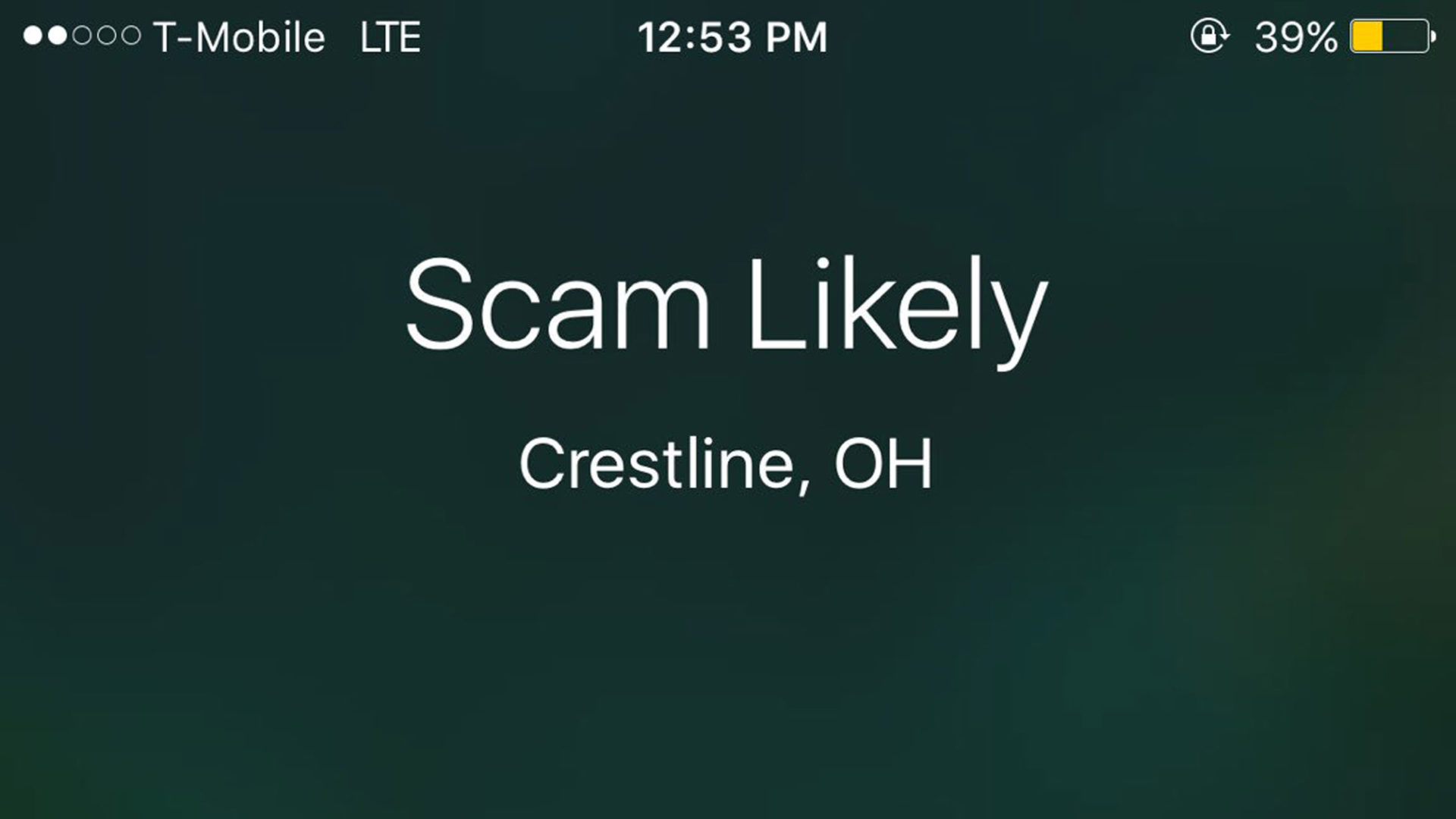 Depending on what kind of phone you have, the message that you see on screen may be different. Samsung has their own spam detection and prevention service for their Android smartphones called Hiya which works pretty much the same way.

These features changes the caller ID of the potential scam caller to “Scam Likely”. This works using a lot of different methods, but one way that they can do it is compare the number against a database of confirmed scam callers. If the number is a match, it will label the number.

Why Do I Have A Missed Call From “Scam Likely”? 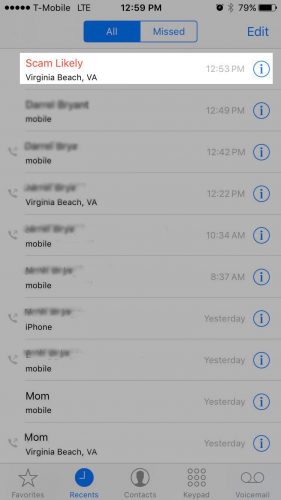 If you receive but don’t answer a phone call from a number that has been flagged as “Scam Likely”, it will still show up under the Recents tab in the Phone app on your iPhone. If you want to delete the missed call, swipe the number from right to left in the Phone app and tap the red Delete button.

The same goes for an Android smartphone. You might see the missed call in your missed calls screen in your phone app. You can always delete them by swiping them away.

How Do I Block Calls From “Scam Likely”?

Blocking calls can depend on your wireless carrier, so we have some tips for each one below. We also have some information about features you can take advantage of on Android and iOS before going to your carrier. These options will make it so that you can easily block calls from “scam likely”.

iOS has a built-in feature that allows you to block individual numbers. Go to your Phone app, then tap Recents and find the number you want to block, and then ta Block this Caller.

Alternatively, you can use an app from from the App Store like Hiya or Truecaller.

Android phones have pretty much the same feature, depending on the manufacturer. Google Pixel phones have a great features that will have Google Assistant answer the phone for you and ask the caller to identify themselves. This feature is called Call Screening and it can show you captions of the conversation between Google Assistant and the scammer so you can decide to pick up the call or ignore it.

For many iPhone and Android smartphone users, knowing that a scammer is calling isn’t enough: they want to block the scam calls altogether. Fortunately, if T-Mobile is your wireless provider, there are some short numeric codes you can dial into the Phone app on your mobile phone to block calls from “Scam Likely” entirely.

Note: Other wireless carriers (Verizon, AT&T, Virgin Mobile, etc.) don’t have these custom codes yet, but if they do create similar codes, we’ll make sure to update this article!

To block phone calls from “Scam Likely”, enter #662# in the keypad of the Phone app of your iPhone or Android. Next, tap the phone icon to make the call, just like you’re calling a real person. 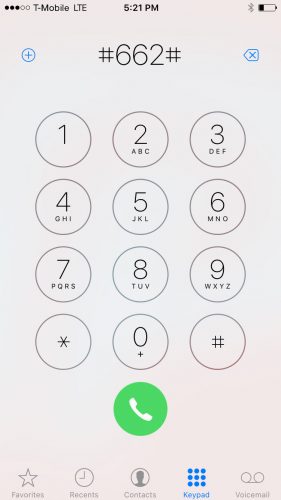 If you have a Verizon phone, Call & Message Blocking is a temporary add on service that lasts 90 days. Once those days have expired, you’ll have to renew it. You also can only block up to five numbers.

AT&T has some great options for scam prevention so you don’t have to worry about “Scam Likely” calls. AT&T postpaid customers that own the HD Voice package can use AT&T’s free Call Protect feature. This allows users to benefits such as automatic fraud blocking and suspected spam warnings.

Sprint Call Screener is a great feature that Sprint provides with a basic and a premium tier. The basic tier, called Call Screener Basic, provides minimal protection for the highest risk spam calls. Call Screener Plus, the premium version will protect you from lower risk calls.

Now you know what “Scam Likely” calls are and how to block them. We hope you’ll share this article on social media so your friends and family can also take a few moments to block the scammers who have been trying to call them. Thanks for reading this article, and remember to always Payette Forward.

Previous ArticleMy iPhone Won’t Turn On Past The Apple Logo! Here’s The Fix.
Next Article How To Speed Up Or Slow Down YouTube Videos

Is it free to use this?

Hi Vicki! It depends on which scam blocking service you’d like to use. If you’re trying to use a built-in setting like an iPhone’s Block Caller feature or a Google Pixel’s Call Screening, those are both built-in and free. However, different carriers and apps also offer call screening services, some of which come with a fee.

I have tried all the #”s and it dont turn on
I have a galaxy A10e with Boost.

Hi Alice, I suggest reaching out to Boost’s customer support directly to find out if they have any scam blocking services you could use. Best of luck!

I don’t want the scam only label, I want to see the number. How do I shutoff filter?

You’ll have to contact your wireless carrier about turning it off.

I have an iphone i tried the #662# it says “unable to process this request” What does that mean?

Hi Stephanie, is T-Mobile your cellular provider? That code will only work on iPhones covered by T-Mobile.

This was very helpful, thank you!

Dial #662# to block scammers and #663# to unblock. Thats for andriod phones and iPhones.

Super helpful. I used the code to stop the calls. Thank you!

???? Scams bother me the question is how do you make them stop calling and block them???

Well scams call my mom how do you make scams not call?

When I think of stopping scam likely, I mean I don’t want my phone to ring with a call from them anymore. I get half a dozen or more calls some days. It’s not enough for my phone to notify me its a scam and me not answer. I want my phone to stop ringing when it’s a scam caller!

i hope this work! these call have been driving me crazy.

I’m a T-mobile carrier and it works just fine for T-mobile.THENKS

does it cost for t-mobile

Wonderful! Now tomorrow will be Day 1 test to ensure the bs calls are all blocked. Now if we could do the same for emails that would really be great.

Works on MetroPCS as well

I have Verizon service. I set up a contact and named it nuscience calls. f I dont recognize a number, I let it ring thru to voicemail. I then check my voicemail for any message. If theres no vm, I can be sure its spam. Find the caller in recent calls. Tap the I to the right. A menu will come up. I choose add to existing contact. The Contacts death feature will come up. Start typing the name nuisance and choose it when it shows up. That will open the nuisance contact. Scroll to the last entryit will be… Read more »

Unfortunately this no longer works! ?. On Monday, I got the same robo-scam call every 2-3 minutes. These scammers now do it by use of a computer that camps onto a phone line for only seconds. They will utilize the 9999 numbers that begin with the same six numbers of your phone number. Literally no way to block that many numbers. Hoping this new way helps, as turning off “unknown callers” means I miss return calls from people who may be returning my call. That feature turns off all callers not on my CONTACTS list.

I have a landline phone that allows me to block scammers. I retrieve the phone number in a missed calls (CID) feature and enter them in a “call block” feature, I presently have over 180 on my list. I still get the damn calls but it has been greatly reduced. Lately it’s been less than 10 a week.