The most recent leaks surrounding the next iPhone, which will be announced on September 12, 2017, have indicated that the name of the phone will be the iPhone X. In this article, we’re going to discuss the recent leaks and discuss the iPhone X release date, price, features, and more!

Although it hasn’t been officially announced, the iPhone X and iPhone 8 will probably be released on September 22, 2017, on the second Friday following the announcement on September 12th.

You’ll likely be able to pre-order the iPhone X a few days after the event, most likely on September 14 or 15, 2017. If there is no delay in production, Apple will probably start shipping the iPhone X one week after they begin taking pre-orders.

The iPhone X price is going to be record-setting. Most reports indicate that the iPhone X will cost more than $1,000, with prices potentially reaching over $1,200! This is a big increase from the the launch prices of the iPhone 7 ($649) and the iPhone 7 Plus ($769).

Why Does The iPhone X Cost So Much More Than Previous iPhones?

The iPhone X costs more than previous models of the iPhone because of the ground-breaking technology being incorporated into the phone. Improvements the iPhone’s display and new features such as facial recognition and wireless charging can account for at least some of the price increase.

With such a high price tag, it’s understandable that Apple fans will want a lot of new iPhone X features. We promise, you won’t be disappointed.

Weeks of iPhone X leaks have essentially confirmed that the iPhone X will have facial recognition, a large, OLED display covering most of the iPhone’s front face, no physical Home button, and wireless charging capabilities. 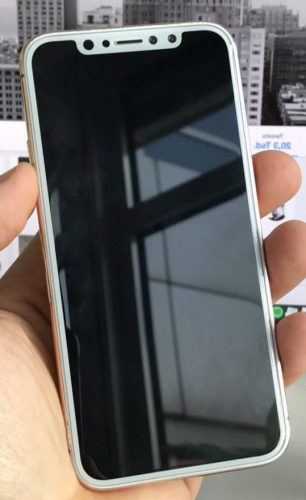 Just to be clear — this feature won’t completely eliminate wired charging. You’ll still be able to use your Lightning cable to charge your iPhone, which will probably be faster and more reliable than wireless charging.

iOS 11 will be the first version of iPhone X software. iOS 11 was first introduced at Apple’s Worldwide Developer Conference. iOS 11 will have lots of new, exciting features such as the customizable Control Center, Do Not Disturb While Driving, Dark Mode (Smart Invert Colors), and more.

What Do You Think About The iPhone X?

We look forward to hearing what you think about the iPhone X in the comments section below. Do you think it’s too expensive? Are you excited about the new features? Let us know!