You are here:Home»iPhone»Phone»Speakerphone Not Working On iPhone? Here’s The Real Fix!

When iPhone users have trouble with speakerphone, the problem can generally be broken down into two categories:

The steps below will show you how to diagnose and fix both problems!

My iPhone Doesn’t Switch To Speakerphone!

First, ask yourself this: When I tap speaker on my iPhone, does the audio still play through the earpiece, or does it disappear entirely?

If the audio disappears entirely, that means there’s probably an issue with your iPhone’s speaker and you should take a look at our article on how to fix iPhone speaker issues.

If audio still plays through the earpiece after you tap speaker, then there’s probably a software issue causing the problem. The steps below will help you troubleshoot a software problem on your iPhone.

A lot of the time, a minor software glitch is the reason why speakerphone is not working on your iPhone. Restarting your iPhone will shut down all of its programs and functions normally, which can usually resolve minor software problems.

Wait a few seconds, then press and hold the power button (Side button on iPhone X) until the Apple logo appears on the center of your iPhone’s display.

Close And Reopen The Phone App

Closing and reopening the Phone app on your iPhone allows it to shut down, then start again fresh when you reopen it. Think of it like restarting your iPhone, but for the Phone app.

To close the Phone app, double-click the Home button to activate the app switcher. If you have an iPhone X, open the app switcher by swiping up from the bottom of the screen and pausing in the center until the list of the apps currently open on your iPhone appear. 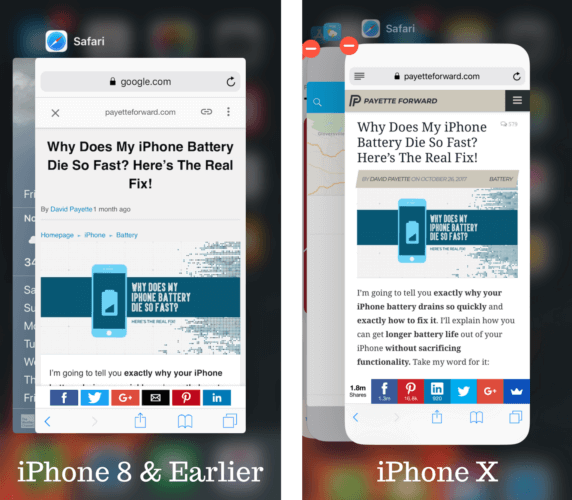 Note: Make sure you write down your Wi-Fi passwords before reseting network settings. You’ll have to reenter them after the reset is complete.

Speakerphone Not Working On iOS 11?

Many iPhone users have had trouble with speakerphone shortly after updating to iOS 11. They’d tap the speaker button during a phone call, but nothing would happen! Fortunately, this bug was fixed when Apple released iOS 11.0.1.

If speakerphone is not working on your iPhone after installing iOS 11, all you have to do is update your iPhone again. Open the Settings app and tap General -> Software Update, then tap Download and Install at the bottom of this menu.

Note: The available software update on your iPhone may look slightly different than the screenshot below. 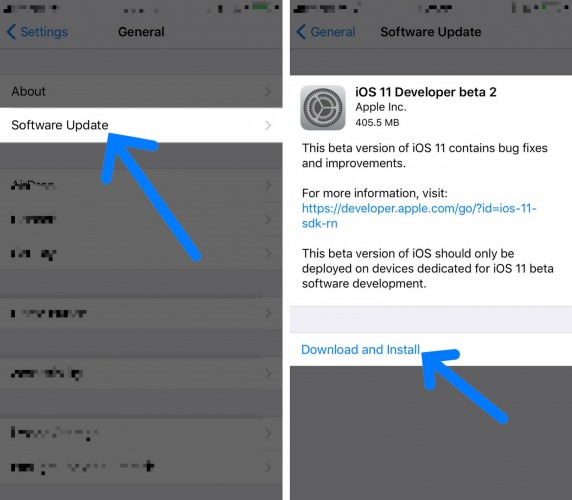 Speakerphone Works, But The Person On The Other End Can’t Hear Me!

If speaker is not working on your iPhone because the person you’re talking to can’t hear you, there could be a problem with your iPhone’s microphone. Before we discuss iPhone microphone fixes, try restarting your iPhone — a software glitch can cause this problem too!

Where Are The Microphones On My iPhone?

If any one of these microphones is obstructed or damaged, it could be the reason why the person you’re calling on speakerphone can’t hear you.

Clean Out Your iPhone’s Microphones

Take Off Your iPhone’s Case

Cases and screen protectors will sometimes cover microphones and muffle your voice when you’re try to talk to someone using speakerphone. If the person you’re calling is having difficulty hearing you, try removing your iPhone’s case to see if that makes a difference.

While you’re at, double-check to make sure you didn’t put the case on upside down! An upside down case could be covering both the bottom and back microphone on your iPhone.

If these steps didn’t work, check out our article on what to do when iPhone mics are not working for additional help.

Speaker Of The House

You’ve fixed speakerphone on your iPhone and now you don’t have to hold it right up to your ear when making calls. Make sure to share this article on social media to teach your friends and family what to do when speakerphone is not working on their iPhones! If you have any other questions, feel free to drop them below in the comments section.

Previous ArticleMy iPhone X Keeps Restarting! Here’s The Real Fix.
Next Article What Does “Disconnecting Nearby Wi-Fi Until Tomorrow” Mean? The Truth!

where is the app switcher ?

I cannot activate the speaker for hands free on my iPhone 5 phone. I press the icon with the speaker and the other person can hear me but he is not sounded on the speaker phone

iPhone 6 Plus speaker not working

Hi there, Krystelle. If your iPhone speakerphone isn’t working after trying the steps in this article, you may want to consider having your iPhone repaired or replaced.

it doesn`t make any sense, i tried to restart my iphone 6plus and tried to record my voice under video and works perfectly the first time and i thought it will work already. Unfortunately i tried it the second time and it will goes back to the same issue. Hardware is not the problem here. i tried updating my phone to beta and its still doing the same thing. Do you have anymore suggestion?

My friends tell me they can hear the entire private phone conversation on my iphone 8 plus even though I don’t have speaker button on. How do I prevent the sound from coming out the speaker?