You are here:Home»iPhone»Apps»Twitter Not Working On Your iPhone Or iPad? Here’s The Real Fix!

Twitter won’t load on your iPhone or iPad and you don’t know what to do. Not being able to connect with your friends and family on social media can be very frustrating, especially when your device says it’s connected to your data plan or Wi-Fi network. In this article, I’ll explain why Twitter is not working on your iPhone or iPad and show you how to fix the problem for good.

Restart Your iPhone Or iPad

If you have an iPhone without a Home button, press and hold either the volume up or volume down button and the side Power button simultaneously. Release both buttons when “slide to power off” appears on the screen, then swipe the power icon from left to right.

If your iPad doesn’t have a Home button, simultaneously press and hold either volume button and the Top button. Release both buttons when “slide to power off” appears on the screen, then swipe the power icon from left to right to shut down your iPhone. 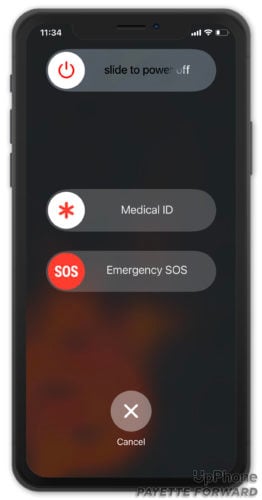 Why Is Twitter Not Working On My iPhone Or iPad?

At this point, we can’t be certain if Twitter is not working on your iPhone or iPad because of the app itself, your device’s connection to Wi-Fi, or a potential hardware problem. I’ll address each of these possibilities below with a step-by-step guide, starting with Twitter app troubleshooting, then Wi-Fi troubleshooting, and finishing with your repair options if there is a hardware issue.

Check The Status Of Twitter’s Servers

Every now and then, Twitter’s server will crash, or their development team will perform routine maintenance to improve their servers for their millions of daily active users. If Twitter is not working on your iPhone, do a quick Google search for “Twitter server status” to see if lots of other people are experiencing the problem.

If there are a lot of reports of Twitter being down, it’s highly likely they’re doing routine maintenance and that Twitter will be up and running again in a short period of time.

The First App Troubleshooting Step: Close Out Of All Of Your Apps

Closing out your apps allows them to shut down normally and has the potential to fix a minor software glitch. Think of it like rebooting any electronic device, but for apps!

I recommend you close out of all of your apps, not just the Twitter app. If another app has crashed in the background of your iPhone or iPad, it may lead to software issues which could possibly be the reason why Twitter won’t load.

To close out of an app, use your finger to swipe up on the app until it disappears from the App Switcher. You’ll know that all of your apps are closed when you only see the Home screen in the App Switcher. 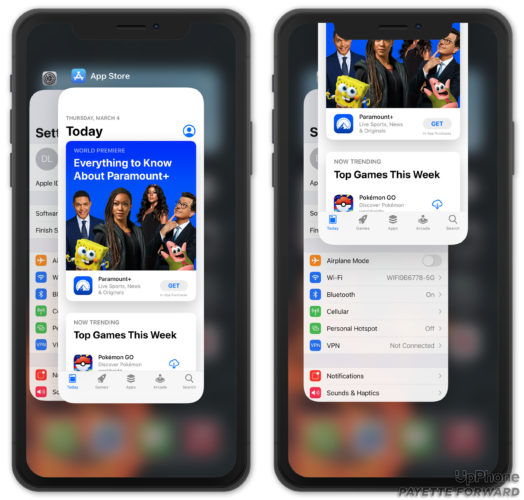 Pro tip: You can close two apps at the same time by using to fingers to swipe up two apps!

App developers frequently make updates to their apps in order to fix security issues, add new features, and resolve any software glitches. If the most recent version of Twitter isn’t installed on your iPhone or iPad, it may not load or work properly. 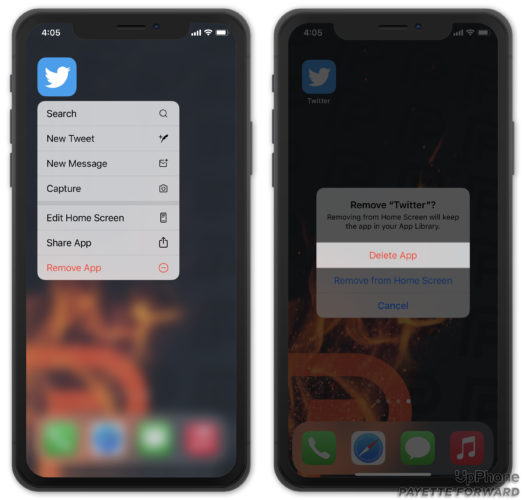 To reinstall Twitter, open the App Store and tap the search tab (look for the magnifying glass icon) at the bottom of your iPhone’s or iPad’s display. Tap the search field and type in “Twitter.”

Finally, tap Get, then Install to reinstall the Twitter app. Since you’ve previously installed the Twitter app, you may see an icon that looks like a cloud with an arrow pointing down. If you see this icon, tap it and the install will begin.

Update To The Most Recent Version Of iOS

To check for an iOS update on your iPhone or iPad, open the Settings app and tap General -> Software Update. If an update is available, tap Download and Install. Make sure your iPhone or iPad is connected to a power source or has over 50% battery life, otherwise the update won’t be able to begin. 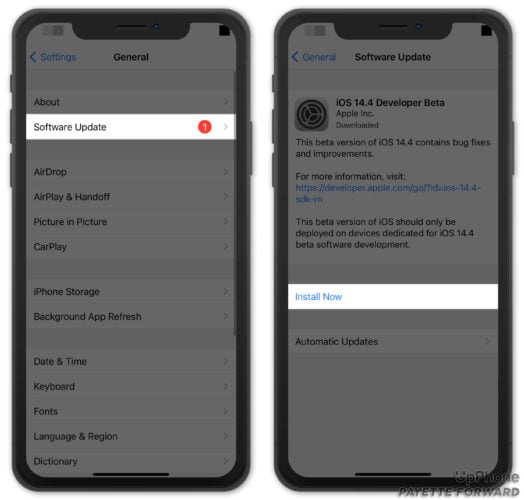 If you’ve already installed the most recent version of iOS, you’ll see the message “Your software is up to date” on the display of your iPhone or iPad.

Wi-Fi Troubleshooting On Your iPhone And iPad

If you troubleshooted for the app, but Twitter still won’t load on your iPhone or iPad, then it’s time to move onto the next part of our guide which will help you diagnose if your iPhone’s or iPad’s connection to Wi-Fi is the cause of the problem. iPhone and iPad users frequently rely on Wi-Fi to use Twitter, especially if they don’t have an unlimited data plan. When that Wi-Fi connection fails, Twitter doesn’t work and you’re left frustrated.

Turn Wi-Fi Off And Back On 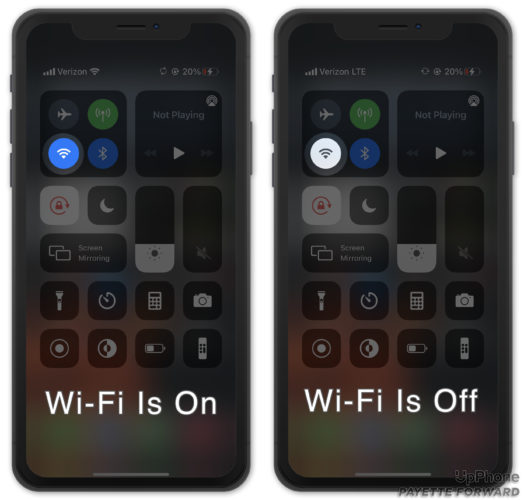 Sometimes, your iPhone or iPad may only have issues connecting to your Wi-Fi network specifically, which usually means there may be a problem with your wireless router and not your device.

To check if this is the case, try connecting to a friend’s Wi-Fi network, or visit your local library, Starbucks, or Panera, all of which have free public Wi-Fi.

If you find that Twitter only doesn’t load when your iPhone or iPad is trying to connect to your Wi-Fi network, then you’ve identified that the issue is probably being caused by your router. Try turning your router off and back on, then contact your Internet Service Provider for help if the problem persists.

To forget a Wi-Fi network, begin by opening the Settings app and tapping Wi-Fi. Next to the Wi-Fi network you want to forget, tap the more information icon, which looks like a blue “i” inside of a thin circle. At the top of the screen, tap Forget This Network. 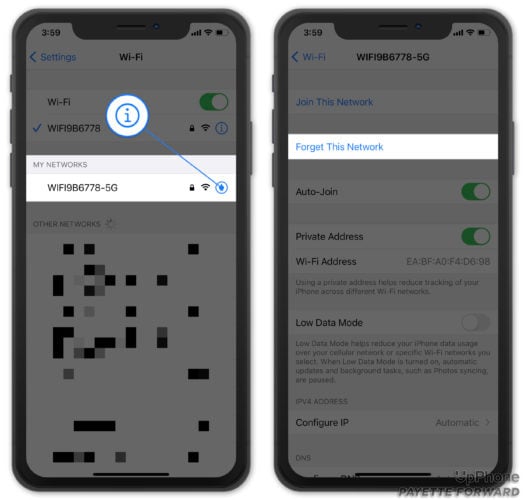 Our final Wi-Fi troubleshooting step when Twitter is not working on your iPhone or iPad is to Reset Network Settings, which will erase all your device’s Wi-Fi, VPN (Virtual Private Network), Bluetooth, and Cellular settings.

It can be incredibly difficult to track down the exact source of a software issue on your iPhone or iPad. That’s why we recommend erasing all of the network settings that have been saved on your iPhone or iPad. Before beginning this reset, make sure you’ve written down all of your Wi-Fi passwords because you’ll need to reenter the information when you reconnect! 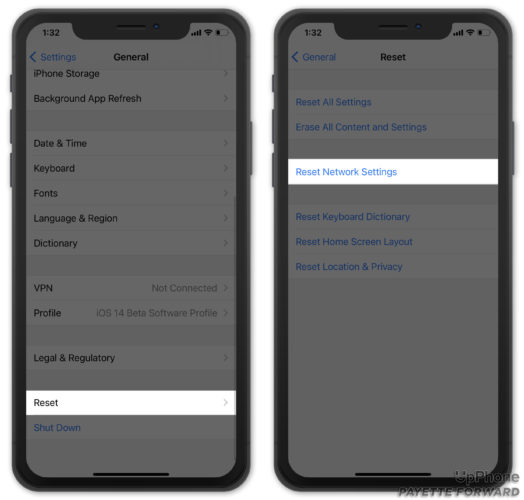 As I mentioned earlier, there’s a very small chance that your iPhone or iPad has a hardware problem. iPhones and iPads have a small antenna that enables them to connect to Wi-Fi networks, as well as pair with Bluetooth devices. If you’re experiencing either (or both) of these issues frequently, there may be a hardware problem with the antenna.

I recommend setting up an appointment at the Genius Bar of your local Apple Store at your earliest convenience. They’ll help you determine whether or not a repair is necessary.

Previous ArticleApple AirTags Not Working? The Fix For iPhone, iPad, And iPod!
Next Article VPN Not Working On iPhone? Here’s The Fix.

Hi Kat! That could be an issue with either Twitter or Apple’s servers. You can check out the current state of both Apple’s and Twitter’s servers on their websites. I’ve pasted the links for each below.

Everything is normal to somewhat slow, but the real problem is that when I click on a profile a person it says can’t load the profile. Went on google and was working perfectly fine. The app is basically broken for me and can’t fix it.

Its been months that im being unable to update my twitter app on my iphone 6. I get this msg every time. Plz someone help me with this 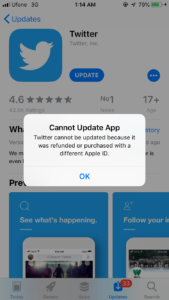 Didn’t help at all…