You are here:Home»iPhone»Display»iPad Stuck On The Apple Logo? Here’s The Real Fix!

Why Is My iPad Stuck On The Apple Logo?

Your iPad is stuck on the Apple logo because something went wrong during its reboot process. During the process when your iPad turns on, it has to complete simple tasks like checking its memory and turning on its processor. Then, after it turns back on, your iPad is capable of performing more complex tasks like browsing the internet and supporting iOS apps.

Did You Jailbreak Your iPad?

One of the potential negative consequences of jailbreaking your iPad is that it could begin to get stuck on the Apple logo. If you have jailbroken your iPad, skip down the DFU restore step to fix the problem.

A hard reset forces your iPad to abruptly turn off and back on, which will usually fix the problem if your iPad has frozen on the Apple logo. Press and hold the power button and the Home button simultaneously until the Apple logo appears. Then, let go of both buttons.

If your iPad rebooted, that’s great — but we’re not done yet! A lot of the time, a hard reset is just a temporary fix for a deeper software problem. If you find that your iPad continues to get stuck on the Apple logo, I recommend performing a DFU Restore, the second to last step in this article.

Sometimes third-party software installed on your computer can interrupt the process when you’re trying to transfer data to or update your iPad. It’s possible that your iPad got stuck on the Apple logo because that process was interrupted.

If you have third-party security software installed on your computer, temporarily turn it off before trying to connect your iPad to iTunes. Check out our other article if your iPad isn’t connecting to iTunes at all. Apple has a great article on resolving these types of issues on their website as well.

If your computer is working just fine and no third-party app is interfering with a data transfer or update process, take a look at your computer USB port and your Lightning cable. Either one could be the reason why your iPad is getting stuck on the Apple logo when you plug it in.

First, closely inspect your computer’s USB port and check to see if anything is stuck in there. Lint, dust, and other  debris can prevent your Lightning cable from making a clean connection to the USB port. If one USB port isn’t working, try a different one on your computer.

Secondly, closely examine both ends of your Lightning cable. If you notice any discoloration or fraying, you may have to use a different cable. Try borrowing a friend’s cable if you don’t have an extra one lying around. 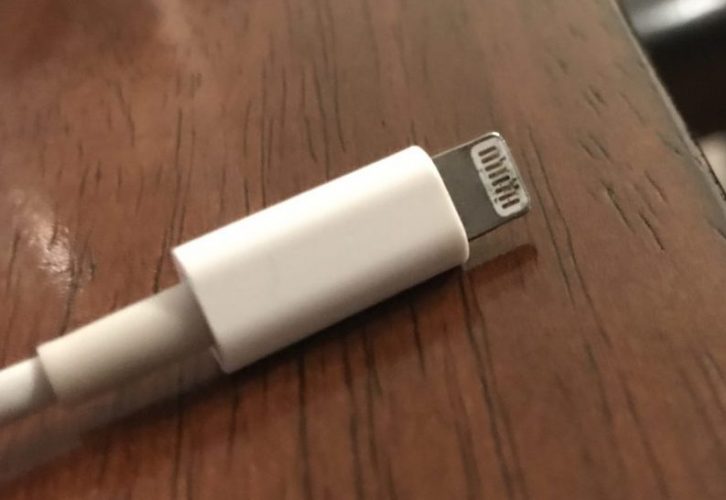 The DFU restore is the most in-depth restore you can do on an iPad. All of the code controlling your iPad’s hardware and software gets erased and reloaded like new. Before performing a DFU restore, we recommend saving a backup so you don’t lose any of your important data after the restore is complete.

Watch our video to learn how to DFU restore your iPad!

If your iPad is still freezing on the Apple logo after you’ve performed a DFU restore, it’s probably time to explore your repair options. A lot of the time, issues with the logic board are the reason why your iPad gets stuck on the Apple logo.

If your iPad is protected by AppleCare+, take it into your local Apple Store and see what they can do for you. Don’t forget to schedule an appointment first!

If your iPad isn’t covered by AppleCare+, or if you just want to get it fixed immediately, we recommend Puls, an on-demand repair company. Puls will send a certified technician directly to you and they’ll repair your iPad on-the-spot (sometimes for cheaper than Apple)!

Your iPad has rebooted! Next time your iPad is stuck on the Apple logo, you’ll know exactly how to fix the problem. If you have any other questions about your iPad, leave us a comment down below.

Previous ArticleiPad Not Charging? Here’s Why & The Real Fix!
Next Article iPad Home Button Not Working? Here’s What To Do!

My iPad kept shut on and off yesterday and when I try to turn it on the Apple logo appears but only for about a minute after that my screen turns black again and I couldn’t start with it. I’ve tried hard reset and plugging it in but it is not working. What should do now? Please help.

my iphone xr is stuck on the apple logo for more than an hour.

Hi there, if your home button isn’t working, I recommend taking a look at this article for some advice.

Hi apple iPad won’t charge and keeps displaying the apple icon. I’ve not tried the dfu reboot because I’m not sure if it’s backed up. Will ups back up if it won’t turn on?

Mine too I’m stuck

I did the DFU reboot, now my Ipad won’t turn on?

Worked for both my iPad and iPhone. Thx!

My iPad hung on an iOS update I was doing through iTunes. Since then, I can’t get it past the apple screen, and iTunes gets stuck on ‘Waiting for iPad’ for a long, long time until an iTunes error message comes up saying that this iPad could not be updated. I’ve gone through the process of putting it into DFU mode, but it goes through the same loop again, eventually ending with an error message that the iPad could not be restored. This is a brand new iPad! I’m out of ideas of what to do. Help?

my ipad always stuck, so i use third-party software ReiBoot restore my iPad. really usefull.

Hy,
I putted to DFU and restored a couple of times, 1-2 sometimes 7-8 days later it stuck again..
Can someone give me some advice what can cause that?

My apple tablet will not light up. can anyone help me with this problem?

My iPad is stuck. Ive done home button with on off and then volume button which hasnt worked. I do not have a computer

When I connect it says iPad locked, I cant unloc as the screen on I pad is frozen

First suggestion. You can try RecoveryTool Fix Recovery to solve this kind of problem.