You are here:Home»iPad»Power»iPad Not Charging? Here’s Why & The Real Fix!

Your iPad is having a charging problem and you don’t know what to do. You plug your iPad in expecting it to charge, but the screen remains completely black. In this article, I’ll explain what to do when your iPad is not charging and show how you to fix the problem for good!

Why Is My iPad Not Charging?

When an iPad won’t charge, there’s a problem with one of the four parts that work together to charge your iPad. Those four components are:

This article will help you identify exactly which component is causing your iPad’s charging problem and show you how to fix it for good!

What If My iPad Won’t Charge Past 1%?

If your iPad is not charging past 1%, you may be using a charger that’s just too weak. Make sure you’re using the wall charger that came with your iPad. If you’re already using the charger your iPad came with, follow the step-by-step guide below to diagnose and fix the problem!

The first thing to try when your iPad is not charging is a hard reset. It’s possible that your iPad’s software has completely crashed, turning the display black and leaving your iPad unresponsive. If this is the case for your iPad, a hard reset would temporarily fix the software crash.

If your iPad has a Home button, press and hold the Home button and the power button at the same time until you see the Apple logo flash onto the center of the screen. Sometimes you’ll need to hold both buttons for as long as 20 – 30 seconds.

iPadOS can detect fluctuations in power from the charger you’re using. Those power fluctuations can be interpreted as a safety risk or a threat to your iPad. Rather than trying to power through it, your iPad may stop charging altogether.

Try charging your iPad with multiple different chargers including every USB port on your laptop and the wall charger that came with your iPad when you purchased it. If you’re like me, you may also have a USB port built into your surge protector — try that too. 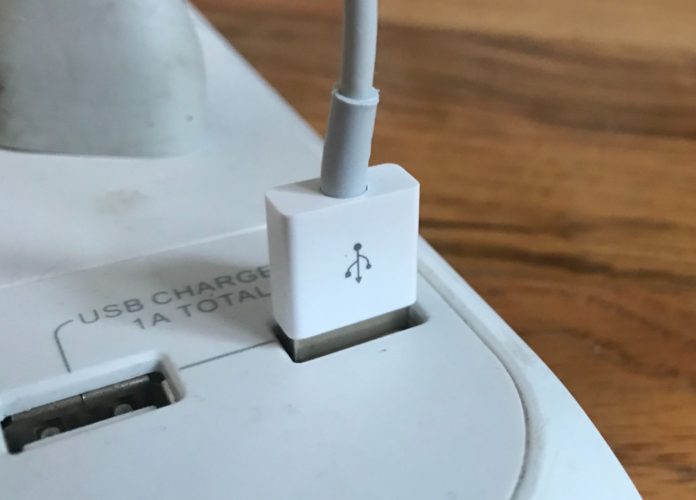 If you find that your iPad is charging with some chargers, but not others, then you’ve identified that the problem was your iPad charger, not your iPad. If your iPad is not charging regardless of which charger you use, move onto the next step, where we’ll help you troubleshoot problems with your Lightning cable. 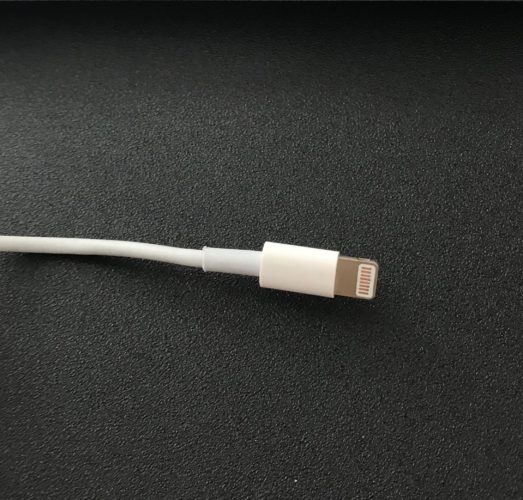 To see if your Lightning cable is what’s causing the iPad charging problem, try charging your iPad with a different cable. If you don’t have an extra cable lying around, borrow one from a friend or check out our selection in the Payette Forward Amazon Storefront.

If your iPad charges with one cable but not the other, then you’ve figured out that your charging cable is causing the problem, not your iPad!

Don’t Use Cables That Aren’t MFi-Certified!

Since these cables are lower quality, they can sometimes overheat and damage the internal components of your iPad. You’ll know if a cable is damaged or not MFi-certified when your iPhone, iPad, or iPod says “This Accessory May Not Be Supported” after you plug it in. 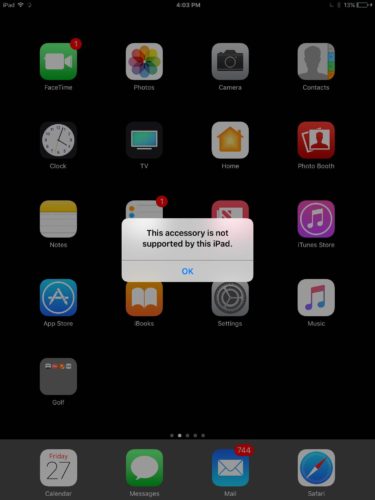 In short, always use MFi-certified cables when charging your iPad!

Clean Out Your iPad’s Charging Port

You’ve tried multiple cables and multiple different chargers, so now it’s time to take a look inside your iPad. Grab a flashlight (like the one built into your iPhone) and closely inspect your iPad’s charging port. Specifically, we’re looking for any dirt, lint, gunk, or other debris that could be preventing your charging cable from making a clean connection to your iPad’s charging port.

Older iPads have Lightning ports, which have eight tiny pins that make a connection to a Lightning cable during the charging process. Newer iPads have a USB-C port, which has twenty-four pins. If any one pin is concealed by debris, it may not be able to form a connection with your charging cable.

In most cases, it’s better to be safe than sorry. Even if you don’t see a ton of debris in the charging port, we recommend making an effort to clean it out. Sometimes minuscule specks of dust you can’t even see are what’s preventing your iPad from charging.

How Do I Clean Out An iPad Charging Port?

Most people don’t have an anti-static brush lying around, but a brand new toothbrush makes an excellent substitution. Gently brush out what’s inside the port, then try charging your iPad again. You may be surprised by how much debris comes out! 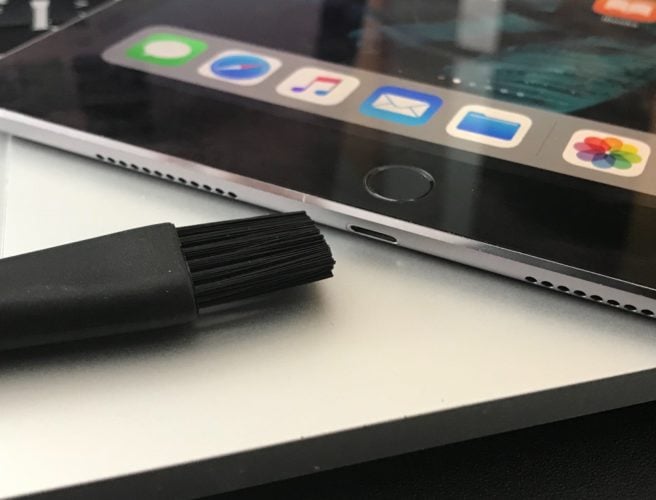 Make Sure Your iPad Is Within Standard Operating Temperatures

iPads are designed to operate between 32–95º Fahrenheit. When your iPad is too hot or too cold, it may stop functioning normally. Among other things, your iPad’s display may become black, and charging can slow or stop completely.

If you’ve made it this far, you’ve ruled out the possibility of a minor software crash, an issue with your charger or charging cable, and a dirty or clogged charging port. We still have one last trick up our sleeve: the DFU restore.

A DFU restore erases all the code on your iPad and restores it to factory defaults. Ultimately, a DFU restore can fix a very deep software problem, which could be the reason why your iPad is not charging.

Make sure to save a backup of your iPad, otherwise you’ll lose your photos, contacts, video, and other files. When you’re ready, check out our DFU restore walkthrough video on YouTube!

If a DFU restore doesn’t fix the charging problem, move onto the final step of this article. We’ll discuss how to check for water damage and what your best repair options are.

Unfortunately, not every iPad that won’t charge can be fixed with a series of software troubleshooting steps. Sometimes you have to get your iPad repaired.

One of the most common reasons why an iPad experiences charging problems is because it was recently exposed to water or another liquid. That liquid can permanently damage the connectors inside your iPad’s charging port, making it impossible to charge.

If you have to get your iPad repaired, we recommend doing so through Apple. Apple provides support in-person, online, and through the mail. Make sure to schedule an appointment if you plan to go into your local Apple Store. Without an appointment, you could spend a lot of time standing around!

Your iPad is charging again! Next time your iPad won’t charge, you’ll know exactly how to fix the problem. Don’t forget to share this article on social media, or leave us a comment down below to let us know the reason why your iPad was not charging.

Previous ArticleWhat Is Magnifier On An iPhone & How Do I Use It? The Truth!
Next Article My iPhone Location Is Wrong! Here’s The Fix.

The “hard reset” attempt allows black screen to display the battery (1% red) and lightning bolt and cable indicating the need to charge.
Does this indicate what may be wrong?
How can I back up my device if it won’t charge?

My iPad will charge if I wiggle the charging cable around in the port. I tried all the fixes I found online and nothing seems to work. So, I took my iPad to the Apple Genius Bar for repair. They plugged it into a cable and said it couldn’t be repaired. Is there really no way to repair the port? I have only had the iPad 2 years. Thanks!

Having the same problem right now. I’m assuming that the port is now faulty. Just like you, I have only had it just over 2 years. Conveniently just outside of the warranty period though…

Awesome! Happy we were able to help you fix the problem with your iPad/.

Hi, my iPad switches on and off when I charge it. Is this a battery problem?

My iPad doesn’t charge after updating it to iPadOS 15.0.2 and I am frustrated. I tried everything. It takes charge when the iPad dies but as soon as it turns on it stops charging. It stays at 1% with no charging chime or sign.

My iPad doesn’t charge after, even after I did the steps when it turned on.

My iPad 9.7 2017 model has done the same after upgrading software to 15.02. I have now got the white Apple logo and then blank page as if it is off. I have tried everything as I live on a Hebridean isle it’s not easy to pop into Apple.
Please, any ideas I can try? Thank you!

Hi Feusag! I’m sorry to hear you’re having trouble after your iPadOS update. Heres a link to an article we published all about how to fix an iPad stuck on the Apple Logo: https://www.payetteforward.com/ipad-stuck-on-the-apple-logo-heres-the-real-fix/

I’m having the same problem. Any answers?